Pirates out to defend streak 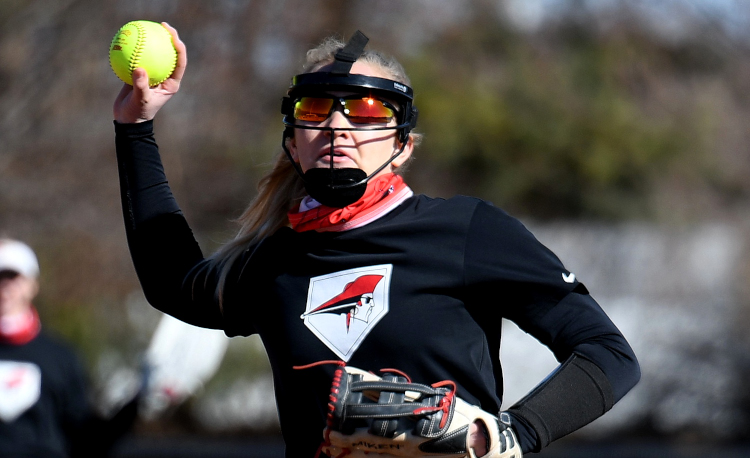 Perry will open the 2021 season with nine returning players from the 2019 squad that reached the regional semifinals.

The Pirates have similar goals for this season but first, they’re out to defend their 56-game winning streak in Chagrin Valley Conference play.

“I believe we will be a tough out after we play a few games and the girls get used to everyone’s ‘game speed,’” said Perry coach Joe Medlen. “Our goal is to play .500 ball out of conference and keep our undefeated record intact in conference, but do not think for one second we do not respect our opponents. In fact, we have a ton of respect for many of the CVC programs. We prepare though as if we are playing state champions every game. I have always said our opponent is the ball and it’s the absolute truth. If we can catch, throw, hit, etc., we will be in every game and that is all we can ask and then with a little luck we can come out on top.”

Perry likely won’t be forced to rely on luck often this season, not with three all-conference performers and a host of talented newcomers in the lineup.

Infalvi, who will play second base, was the team’s MVP in 2019 and also was named second-team all-conference. After playing catcher for two years, Infalvi will move to second base for the Pirates and will bat leadoff.

“Elle brings intangibles to the table and adds a coach on the field,” Medlen said. “Elle is one of the best players that have come through our program. We expect big things from Elle. Elle runs havoc on the bases and will bring our offense and defense to another level.”

Moon, a first-team All-CVC performer in 2019, will play center field.

“Syd is one of the best, if not the best, outfielder in Northeast Ohio,” Medlen said. “Syd also brings a huge bat to the lineup that we would not have had last season as she was out with an ACL injury. Sydney is going to have a fun year this year. She seems to be taking in this senior season already and I see the growth and tears of experience rising to the top.”

Sophomores Margeaux Robinson and Alexa Rogers will serve as the team’s designated player.

Pietrzak and Thompson have been especially exciting to watch as they settle into their varsity roles.

“Emma is a shutdown third baseman and has power to all fields,” Medlen said. “Emma is very close to being a five-tool player. Barring injury, this young lady could have a serious season. All her numbers are off the chart for only being a sophomore. It will be fun to continue to watch her mature through the season and when she relaxes and just has fun, look out. I can say I have not seen a player like her and if fans don’t know her, they soon will. She is truly a humble kid considering the success she has already had.”

Thompson answered Medlen’s call for someone to step up behind the dish.

“To help us be even stronger on defense, Calli stepped up to ‘try out’ catching and has worked incredibly hard at her craft and is now a very solid catcher with above-average arm strength, great size, and her knowledge of the game is incredible,” Medlen said. “We’re blessed to have found this diamond in the ruff. Calli’s upside is incredible and she will only get better as the season goes. Goals are very high for her.”

Perry’s pitching rotation is as talented as the rest of its lineup.

Hartman returns in the circle after earning first-team all-conference as a freshman.

“Faith was CVC Pitcher of the Year her freshman year, so we’re looking forward to seeing her continue to put those numbers up again,” Medlen said. “Faith is a workhorse and will pitch a ton of innings. Faith is a pitcher and not a thrower. She can hit her spots very, very well. Faith has worked hard all winter and again since we have come back from COVID shut down. This could be a breakout year for her. We have some lofty goals that she can achieve with the right mindset.”

Mia Ward will also see some innings this spring.

“Mia has been paying her dues and this year she will finally get the opportunity to pitch at the varsity level,” Medlen said. “Mia looks to be set and ready to really help the team out, not only as a pitcher but a true utility player. Mia has been also working hard since we started and is getting better by the week. I believe by mid to late season, Mia will have a huge impact.”

While Perry’s lineup is talented, deep, and experienced, the Pirates have some work to do before they embark on another postseason run.

That starts with each player buying into the Perry system.

“Our weakness to start will be that players have to understand and buy into the quality at bat approach,” Medlen said. “This system simply puts the team first instead of your own stats. The batting average is evil and if you buy into the QAB system, a player will have fun and enjoy the game more. It takes parents time to buy in, but when they do and understand they even have fun with it. The game within the game is rewarded with this system. Moving a runner for the team is just as exciting to me as a home run. The little things must be done to have success.”

“We must become a family and have each other’s backs,” he said. “I like to say, ‘Sisters of the Diamond,’ we over me. If we do these things then we control our destiny. Will we lose games? Never. We either win or we learn. It really is that simple.”