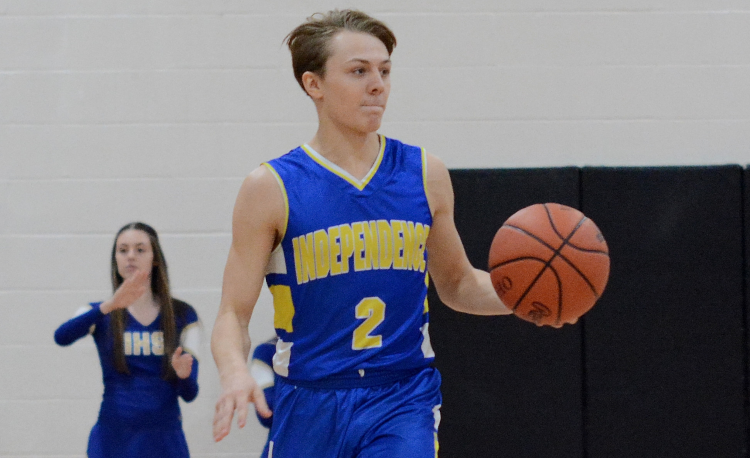 Kyle Zygmunt scored a team-high 19 points and Matt Richards added 17 but it was Independence’s defensive stoppers that keyed the Blue Devils in a 53-46 win over Lutheran West on Tuesday.

“That was kind of our game plan going in and Thomas Ceculski and Connor Blum really took ownership of doing that and they did a tremendous job,” Independence coach Kyle Johnson said. “It was also, obviously, a team effort to be aware of where he was at on the court. Thomas and Connor really stepped up their defensive efforts today.”

Ceculski also contributed with five points but it was his effort on defense that sparked the Blue Devils.

“The game plan coming into the game was to shut down Barnes,” Ceculski said. “I knew he was a great player. Connor Blum and I were tasked to stay in front of his at all times and be as solid defensively as possible. I think keeping our energy up made it easier on our teammates to shift defensively as well. Knowing that I had guys who were willing to step up was a huge key in defending Barnes. Connor Blum really stepped up tonight and I’m proud of everyone else who may have had to guard him.”

Zygmunt and Richards did most of the damage on offense and it started early as the duo combined to score all but three of Independence’s 19 first-quarter points.

When Lutheran West collapsed on Zygmunt in the paint the Blue Devils kicked the ball outside and Richards drained a pair of 3-pointers.

“Early on, Wyatt did a nice job,” Johnson said. “In the post, they came to double him a couple of times and he kicked it out to Matt Richards, who hit two big 3s in the first half and got him going and got our team going.”

Lutheran West began to cut into that lead in the third quarter but Casey McGhee’s 3 at the buzzer helped the Blue Devils to regain their composure.

“They were running a 2-3 zone against us and we started turning the ball over,” Johnson said. “They cut down our lead from 10 to six and Casey at the buzzer hits a wing 3 that kind of got our momentum back and that got us going into the fourth quarter.”

Jake Parrella led the Longhorns with a game-high 20 points.