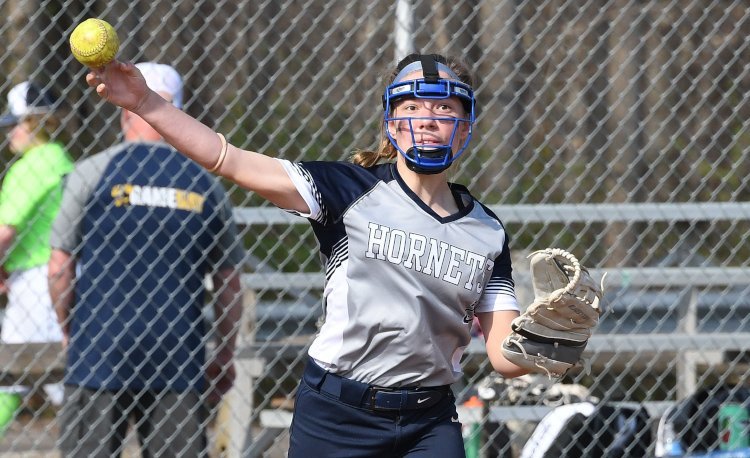 Kirtland’s growing pains over the past couple of seasons could pay dividends this spring as the Hornets return all nine starters and six others with varsity experience from last season.

That depth and experience have Kirtland coach Jamie Kamensky cautiously optimistic heading into the 2022 season.

“I believe we have a chance to go relatively far this season and postseason,” Kamensky said. “We graduated no one last year and have 15 returners this year. We have a few new additions in our freshman class that will allow for competition in our lineup and brings some much-needed depth. We have the ability to compete and win every game we have scheduled this year.”

The Hornets battled through an uncharacteristic sub-.500 season last spring but they played their best softball late in the season.

After starting the year 0-4, the Hornets showed tremendous growth during the final weeks of the regular season and even won a sectional title.

With that momentum and the talent returning, Kirtland is poised to compete for another Chagrin Valley Conference Valley Division title and more.

“I expect us to be in every game this year,” Kamensky said. “We now have the experience we lacked at the beginning of last year and we finished on a high note making it to districts. If we continue to grow, I believe we can make it further than last year and compete for a league title.”

Kamensky has a reason to be optimistic.

Last spring, she was forced to rely on Gianna Cantini to throw nearly every pitch. This year, the Hornets have three capable pitchers.

“We are currently developing three pitchers—two sophomores and one freshman—with two seventh-graders in the works,” Kamensky said. “We will have to play amazing defense and bring our offensive powers every game.”

Cantini, an All-Ohio honorable mention selection last spring, remains the ace of the staff and will throw the bulk of the innings this season.

“She is a senior leader, has a solid bat, and runs the field,” Kamensky said. “She is a key player who will be a force to reckon with. She is the full package for us.”

Junior Mattey Matijevic returns behind the dish and will again play a key role in managing the Hornets’ pitching staff. She’ll also be counted on to again provide some pop at the plate.

“She is a w all behind the plate and a power hitter,” Kamensky said. “Her grand slam in the sectional final game was a catalyst for our run to districts.”

Sophomore Ava Puruczky, Sayle, and Matijevic will provide the Hornets with depth at first base.

Senior Malia Becker returns at second base with Nikolena Samac, Reilly Greenlee, and Boyd all capable at the position.

“(Becker) has speed, heart, and leadership,” Kamensky said. “Her energy is contagious and she is the heartbeat of our team.”

Gianna DiFranco had a breakout season as a freshman last spring at shortstop and will again be counted on to anchor the defense.

“She was first-team all-conference last year,” Kamensky said. “She is a future leader of our program.”

Freshman Grace Mastrangelo and Sayle will battle it out for the starting spot at third base with Matijevic providing depth.

The Hornets have a host of players competing for time in the outfield.

Sayle and Becker will DH when not playing in the field.

Freshman Sydney Sullivan also will contribute in many ways this spring.

“This year, we have the experience that we lacked and we look to capitalize on our strong leadership,” Kamensky said. “We have athletes who have become softball players over the past year. This year should be exciting. We have to come ready to compete every game, stay mentally tough, minimize physical and mental errors, and produce at the plate.”