Huskies a work in progress 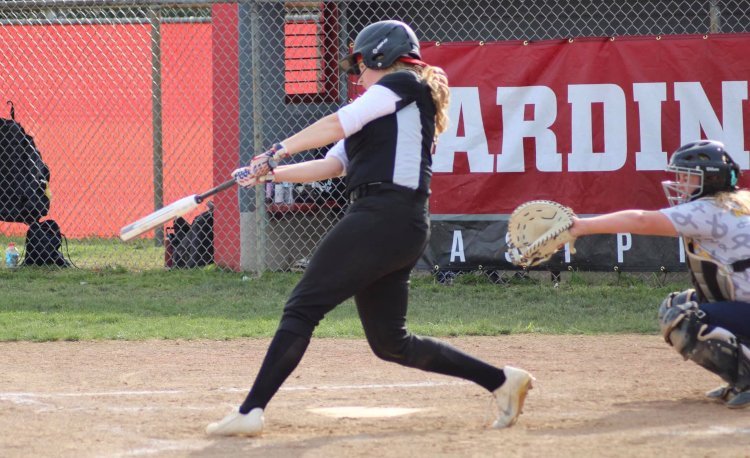 Cardinal returns six starters from last season but the Huskies continue to be a work in progress.

After being thrust into the head coaching role last spring, second-year coach Haley Adams has settled into the position and is confident the Huskies are on the right path to building depth and a competitive squad.

“After the coaching staff and I took over the program last season, we are really looking to reteach the girls the fundamentals of the game and to control what we can control,” Adams said. “Our returners from a season ago understand what the coaches and I are looking for. We are asking them to build off of what they learned last year. For our first-year players, we have three girls who have never played before. It’s just trying to have them buy into our program and have fun. We want to try to be more competitive in our non-conference schedule, something (athletic director) Jimmy Soltis and I put together during the offseason.”

Cardinal won just four games last season but the Huskies should be much improved this spring.

Adams and assistant coaches Shawn Richter and Megan Baril all are in their second season with the team, which has provided the players with some stability as they fine-tune their skills and confidence.

The stability in the coaching staff should go a long way in the players settling into their roles.

“We expect our 2022 season to be a lot of teaching and the girls to be coachable,” Adams said. “We see a lot of girls who want to learn and get better. That’s all we can really ask for in a program that is looking to redefine and rebuild themselves.”

Junior catcher/first baseman Hailey Keller will be counted on to lead the team on and off the field.

Last spring, she earned first-team All-Chagrin Valley Conference honors after batting .590 with 20 extra-base hits and 40 runs batted in. She holds the school record with 45 hits and most RBI in a single season. She tied school records with 13 doubles and 26 runs scored. She also is solid in the field as she committed just three errors in 184 total chances.

Senior Megan Ehrhart and sophomore Morgan Soltis also will be counted on heavily as they are among Cardinal’s most experienced and talented players.

“We expect junior Hailey Keller to lead the team offensively and senior Megan Ehrhart to continue to build off of the season she had at the plate last year,” Adams said. “Sophomore Morgan Soltis will look to be our starting pitcher. She has put in a lot of work during the offseason and is one of the best players to coach. She is super receptive and strives for perfection.”

The Huskies suffered a big hit to their lineup when senior shortstop Haley Domen tore her ACL during the basketball season and is out for the spring.

“Our team’s biggest challenges that we face this spring are our team’s low numbers and the inexperience that some of our girls struggle with,” Adams said. “Due to our low numbers in the program, we don’t have a lot of depth in positions.”

Fortunately for Adams and her coaching staff, their players are eager to learn and contribute.

“Our team’s strengths include girls being coachable,” Adams said. “Last year could be frustrating at times and the girls’ perseverance for this season has already shown in a week’s practice. Previously mentioned, our non-conference schedule will be a chance for us to compete against some teams that are at our skill level. We can really build off of that.”

Everyone around the Cardinal program is confident the Huskies can build off of last season and win more games this spring.

That all starts with the players staying healthy and focused.

“We have to stay healthy,” Adams said. “We already are fighting some injuries to start our season which will cause our coaching staff to move the starting lineup around a few times before we get things right. With our inexperience in some areas of the game, the girls will have to come to practice every day and work hard to get better. The game of softball doesn’t come to you naturally. A lot of work is put into the game during the offseason and on your own time.”