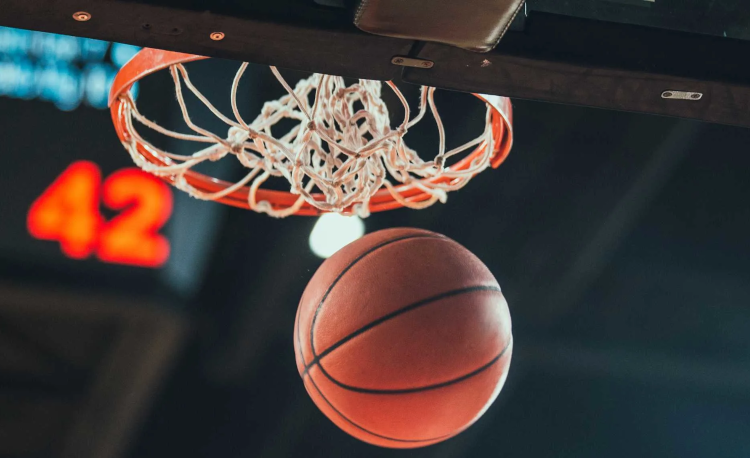 With two returning starters and several other talented players, Geneva expects to be competitive in the Chagrin Valley Conference Lake Division this winter.

What the Eagles lack in varsity experience, they’ll make up for with depth and effort.

“This is set up to be an interesting year for us,” said third-year head coach Eric Bowser. “I feel like this group has some really nice depth, just not a ton of experience on the floor at the varsity level. The group definitely needs time together to grow and the few practices which we were able to have were going quite nicely before COVID shut us down in the second week of November. We haven’t been permitted to get back together since.”

The Eagles finished 10-13 last season with seniors A.J. Bowser, a 6-foot-1 guard, and Caleb Nugent, a 6-foot-1 forward, returning to lead the squad. Outside of Bowser and Nugent, the Eagles have six others with some varsity playing time under their belts.

Missing out on a big portion of the preseason certainly hurt the young Eagles and their development.

“The guys are frustrated because they obviously want to be out on the floor,” Coach Bowser said. “We’ve been sending the group some activities to help keep them conditioned and we’ve done some Zoom meetings to review offensive sets and defensive schemes, but it’s certainly not the same as being on the floor.”

Coach Bowser will rely on A.J. Bowser and Nugent to not only provide senior leadership to the younger players but also to perform at a high level on a consistent basis.

“A.J. has battled some injuries in the last couple of years but has continued to work diligently in the offseason to improve his foot speed, strength, and skill set. He’ll be one of the guys asked to lead this group by example and sees the floor extremely well. A.J. expects to get the toughest defensive assignment each game and works hard on that side of the ball. We’ll need him to put the ball in the basket as well this year as one of the senior leaders,” Coach Bowser said. “Caleb has really improved his presence on the floor by adding some physicality to his strong skill set. He was able to grab 5-6 rebounds a game for us last season while improving his post defense as well. On offense, he’s done a nice job of committing to mixing in some post work while posing a threat to knock down a 3 at any time.

Seniors Matt Gruzinski and Cole Smith and junior Ayden Richmond are projected to fill out the starting lineup.

Gruzinski is a 6-foot-5 center and Smith is a 6-foot-2 guard. Both earned varsity letters last season.

“Matt has the potential to have a breakout season for us this year. He is big, strong, and can hold his own in a physical matchup. He’s continuing to work on his footwork in the post and has learned to kick to the perimeter when the double team comes. He also gives us a defensive presence in the paint that we have not historically had,” Coach Bowser said. “Cole will be relied on to do a big chunk of the ball handling for us this season. His entire game has improved over the last two seasons and he is now playing with a much better level of confidence. He can get to the basket off the dribble and has the quickness to defend the perimeter quite nicely.”

Richmond is a 6-foot-1 guard who has grown and provides the Eagles with another offensive weapon.

“Ayden has developed extremely well on both the offensive and defensive ends of the floor, along with experiencing a nice growth spurt which hasn’t hurt either,” Bowser said. “He’s historically been known for his shooting ability but he’s added much more to his game. He can penetrate with a nice shot fake, gets in the mix crashing the boards, and anticipates very well on the defensive end of the floor.”

“Chase will help handle the ball some for us this year and does a nice job of taking advantage of what the defense gives him. Good floor vision and an improved jump shot compliment excellent effort on the defensive end,” Bowser said. “John is an extremely hard worker who’s the first guy diving for a loose ball. He possesses quick feet and will be a versatile presence to the bench and locker room. He’s shown the ability to knock down the 3-point shot and needs to continue to play within himself and not try to do too much.”

Palmer is a 6-foot- forward while Yost, who also plays forward, is 6-foot-2.

“Christian has developed a very nice, well-rounded game in the offseason. He has shown an ability to run the floor, play physically inside, knock down a jump shot, and exert solid effort on the defensive end,” Bowser said. “Ethan is long, rebounds well, and defends the paint very nicely. He’s fundamentally solid in all aspects of the game and is continuing to build that confidence necessary to thrive in those key situations.”

“Anthony is smooth, has excellent handles, shoots the ball extremely well, and runs the floor as well as anyone,” Bowser said. “He continues to work hard in producing in the flow of the offense while building strength and playing with the physicality needed on the defensive end.”

With a bit more size this season, the Eagles should have more success in the paint, which should lead to more offensive opportunities.

“On average, we’re a little taller as a group than in years past, which should help with our rebounding and rim protection,” Bowser said. “As in most years, taking care of the basketball will be key for us and shot selection is always important. It will be also be important for us to dictate a pace we like and our defensive effort will be what will set us apart from the rest.”

Before any of that can happen, the Eagles must wait out the COVID-related pause to their basketball activities.

“We’re all keeping our fingers crossed that these young athletes are going to get to experience a season this year,” Bowser said. “This group has an opportunity to come together and compete as a team with a wide variety of beneficial skill sets and traits. Losing this much practice time is not ideal for anyone so obviously, things are going to progress a little differently with this group.”