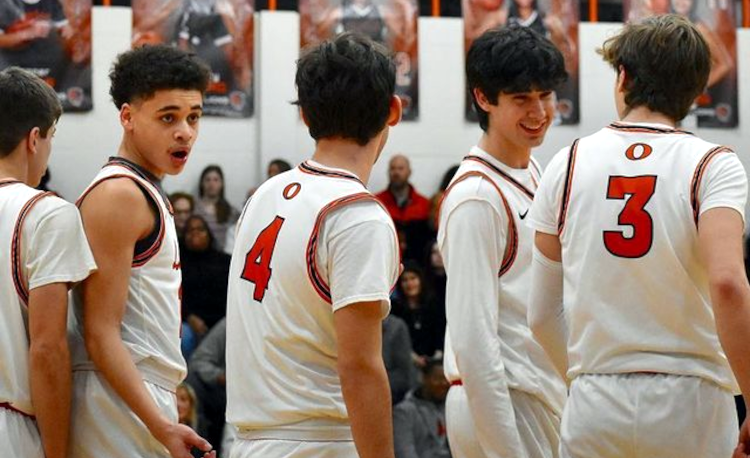 Orange enters the 2020-2021 season with a new head coach and a roster makeover, but the Lions haven’t adjusted their goals to compete within the Chagrin Valley Conference and in the postseason.

While the Lions don’t return a single player with varsity experience, first-year head coach Michael Cruz is confident his team has the talent and persistence to be competitive.

“We have a very versatile team. We have defenders who can guard multiple positions on defense and can play multiple positions on offense,” said Cruz, who was an assistant at Garfield Heights last season. “The biggest challenge we will face this season is our lack of varsity experience. We do not have one player who has ever been a varsity only player in their career. Even our upperclassmen are inexperienced, which means we will have to overcome that lack of experience together by outworking and preparing our opponents.”

On top of that, the Lions haven’t had much time in the preseason to prepare as COVID continues to disrupt the high school sports world.

“Despite the unusualness of this year, we are very encouraged by the progress our players have made since July,” Cruz said. “We knew this would be a very unique season and have tried to focus on controlling what we can control. We have really high-character kids who have a genuine respect for one another and because of their willingness to push themselves to work a little harder than the day before, we feel that we have given ourselves a chance to compete with anyone we play.”

Among all of the challenges Cruz and the Lions face, the most pressing is putting together a starting lineup.

That’s been challenging considering the lack of practice time.

Juniors Trevor Moss and John Boyle and sophomores Devin Belle and Noah Page are among those projected to start this season.

“Trevor is a complete player. He is not great at one thing but he’s good at almost everything. He has been one of our most consistent performers and is a team captain because he has true leadership qualities,” Cruz said. “(Boyle) has epitomized what we want our program culture to be. No matter what we ask him to do, he is willing to do it and will always give you max effort. He has been a model teammate and player. He is one of our best defenders on defense and offensively has been one of our more consistent shooters. He has a chance to be a traditional 3-and-D guy for us this season.”

“Devin has a chance to be one of the best players not just in our league, but our area. He is a natural scorer who has an obvious love for the game,” Cruz said. “Noah has been our most improved player since our offseason began in July. He is one of our most talented kids and hardest workers, which rarely happens. Every day, he has become more confident in himself and that confidence has been the driving force behind his improvement. Has a chance to be one of the surprise players in our league this year and is someone we are counting on to help lead this team.”

With so many new faces in the lineup, Cruz knows each night will provide its own challenges and the Lions are focused on continuous improvement.

“We are still learning how to compete and work hard every rep,” Cruz said. “Our goal every day is to not only become a more skilled team but also a harder working, more competitive team. Once we learn how to bring that next level work ethic to the floor and weight room every day, we have a chance to become the program we want to be.”

Cruz expects the Lions to play especially hard on the defensive end.

“We want to be the best defensive team in the CVC this year,” he said. “We have to make our opponent work for every point they score. Making every shot contested and holding teams to one shot will be our number one key to winning any game we play.”