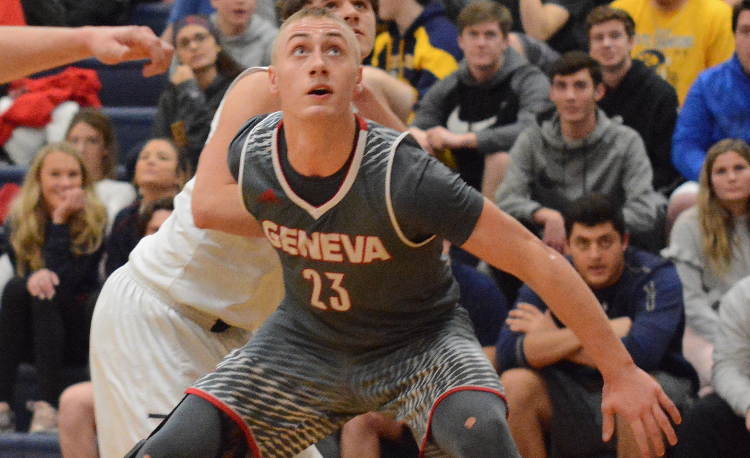 Hoping to build off last season’s strong finish, the Geneva Eagles return four players with starting experience under their belts and a host of others who will provide quality depth.

The Eagles, who won their final seven regular-season games on the way to a 16-9 finish, are projected to have four seniors in the starting lineup and another coming off the bench.

“Our seniors are going to lead the group this year,” second-year Geneva coach Eric Bowser said. “We have some nice depth with the junior class and we’ll need a few of them to step up and fill some defined roles. I think we have the athletes to be successful heading into the season as long as they are willing to show the effort defensively. We must keep the energy level high the entire season.”

While graduation took its toll on the Eagles, Bowser is confident this year’s squad will be similar in style and effort.

“We should be pretty quick and athletic on the floor,” he said. “Those attributes will hopefully allow us to continue our growth with our transition game but more importantly keep us playing with the defensive intensity necessary to be successful.”

“Brandon seems to be fully healthy after a knee injury cost him most of his sophomore season and several months away from the game. I can’t say enough about his efforts over the last couple of years to get back to this point. He is playing at an elite level right now and continued to work all summer against some stellar competition to get there. He will lead us by example and continue to score and distribute from the lead guard role,” Bowser said. “Dakota is quick and will handle the ball with Brandon in most sets. He gets to the basket extremely well and his athleticism allows him to rebound and do things many other guards struggle with. He has continued to work on his outside game, which has helped him become a more well-rounded threat.”

“Blake is coming off an outstanding football season but has shown little signs of rust on the court. He plays hard every minute he is on the floor and is our vocal leader. Year after year he has worked to improve his jump shot and ball-handling and we are very pleased with where he is at on both ends of the floor currently,” Bowser said. “Vin is a very well-rounded basketball player. We can ask him to do about anything. He’ll end up with many of our toughest defensive assignments, and with quick feet, commitment, and discipline, he is often able to lock up opponents no matter their size or foot speed. On the offensive end, he has that nose for the ball you often hear talked about. He finds his way to loose balls and rebounds as well as anyone I’ve seen for his 5-11 frame.”

Bowser, a 6-foot guard, is healthier after some struggles last winter.

“AJ fought some knee and back problems last season which held him back a bit but he’s moving much better this year,” Coach Bowser said. “He’s got excellent basketball acumen and we’ll look for him to lead this junior group of contributors. A desire to defend, quick feet, and a solid jump shot, along with the ability to see the whole floor will help him contribute on both ends this season.”

Senior Isaac Zielinski, a 6-foot-3 forward, is Geneva’s only other senior.

“I’m very proud of Isaac,” Bowser said. “He has worked extremely hard over the last couple of years transforming his body and mind into a basketball player. He’s developed a really nice post presence on the offensive end while maintaining a strong ability to shoot the ball with consistency at distance. He’s continuing to work on his foot speed and agility which will help him improve game by game on the defensive end.”

“Matt has come a long way in his development and has continued to work on improving his decision making. He’s shown he can be successful in the pick and roll game and has dialed himself in a little better on the defensive end. He’s always rebounded well and will certainly help us protect the paint this season,” Bowser said. “John is a hard worker who’s the first guy diving for a loose ball. He’ll tackle any task we give him and that brings a nice, versatile presence to the bench and locker room. He put quite a bit of time and effort in this summer to improve and its beginning to pay some dividends. Caleb fought some knee troubles as well last year that have held him back a bit. When healthy, he’s shown that he can effectively pound the boards with anyone and then move his game outside if necessary to knock down the three if necessary. He continues to work to improve his foot speed and has never been afraid to take a charge.”

“Cole has excellent handles and a nice jump shot. He continues to improve his decision making and his confidence and he’s become a player we can trust to handle the ball in key situations if necessary,” Bowser said. “Jay has some of the quickest feet I have ever seen. He has the ability to defend at an elite level and will probably be tasked with some tough assignments this year. He’s learned to play physical and sometimes too physical leading to foul trouble so that’s an area we’ve been working on. Improved decision making on both ends of the floor should help him grow moving forward. Chase is lean and quick and really loves the game of basketball. He has good basketball smarts and continues to improve his jumper and his work at the basket. He is committed and persistent work on the strength and conditioning side will continue to help him improve through the season.”

One of the key hurdles for the Eagles to clear this season is playing bigger than their lineup.

“Although we do have a couple of guys with some size who I feel will contribute this season, we are still generally a smaller group,” Bowser said. “Obviously, that means we will have to be very disciplined with assignments, take care of the basketball, and rebound as a team with intensity.”