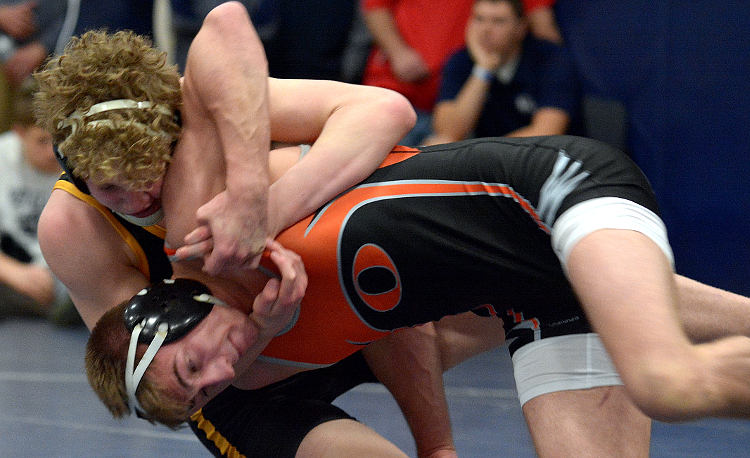 A new coach has the Orange Lions wrestling team eager to hit the mat this season.

Adam Kriwinsky is in his first year with the team and he’s just as excited as his wrestlers are to begin the 2019-2020 season.

“Our squad has increased in numbers and is working hard,” Kriwinsky said. “We have a young team but also have a number of returning letterman who will be leading the way. Our strengths are our depth at certain weight classes. Each of our boys knows they have to improve each day and make each other better in the wrestling room.”

With that depth comes some inexperience as the Lions are expected to have six freshmen in the starting lineup.

Kriwinsky will lean on his veterans to help the younger wrestlers to settle in.

Leading the way is senior 126-pounder Yury Pozdneev, a returning district qualifier who finished last season with a 32-7 record. Pozdneev also is closing in on 100 career wins.

“Yury will wrestle his absolute best no matter what the score or situation is,” Kriwinsky said.

Also returning are junior 132-pounder Nick Linetsky, who finished 12-14 as a sophomore, senior 145-pounder Jason Abounader, who finished 12-18 a year ago, sophomore 195-pounder Grant Bell, who was 8-3 last winter, sophomore 220-pounder Josh Decipeda, who recorded a 6-14 record as a freshman, and senior 285-pounder Tanner Coker, who was 11-11 last season.

Others pushing for a spot in the varsity lineup are sophomores Mikaili Gibson and Tony Fatica, who will compete at 120, junior Marcus Tate, who will wrestle at 160 after returning from an injury, and junior Eric Nickens, who is slotted at 182.

“Our goal as a team is to get better each day,” Kriwinsky said. “Each wrestler has their own goals from being a varsity letter winner to a state placer.”