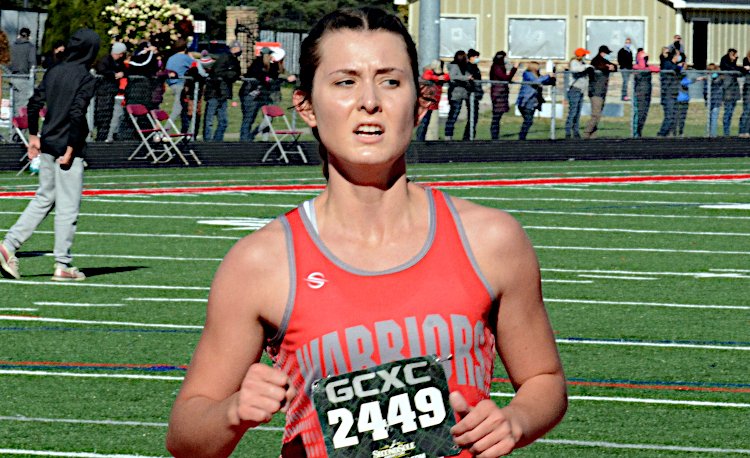 Led by freshman Maddie Crooks, Edgewood placed six runners among the top 24 on the way to winning the War on the Shore at Lakeshore Park in Ashtabula on Monday.

Crooks won her debut event with a time of 21:18.67 as the Warriors scored 47 points to edge Geneva, who finished second with 59. Cardinal placed ninth with 236 points while Lakeside also competed but did not have enough runners to score as a team.

Sophomore Lily Ayer was Cardinal’s top runner while senior Erica Housel paced Lakeside. Ayer was 22nd with a time of 25:04 while Housel placed 59th in 30:35.

Geneva was the Chagrin Valley Conference’s top team in the boys’ race.

The Eagles placed third with 78 points while Edgewood was sixth (157), Grand Valley was ninth (247), and Lakeside finished 10th (251). Cardinal also competed but did not score as a team.

The CVC’s top finisher was David Steimle of Grand Valley, who finished second overall with a time of 18:52.

Junior Clay Kudera led Cardinal with a time of 30:04.