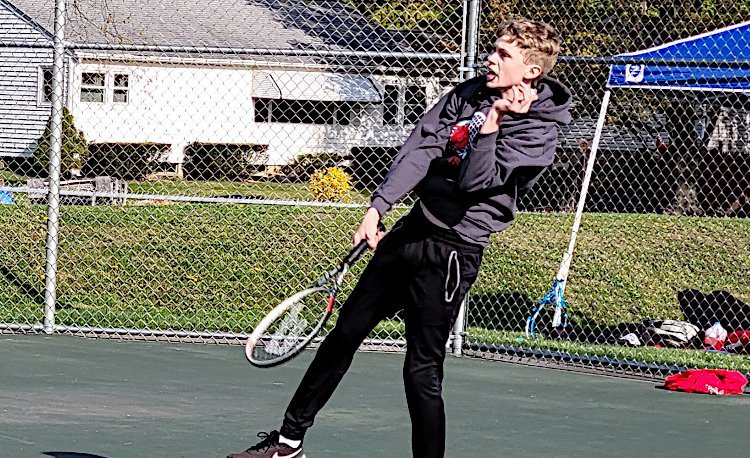 Edgewood’s tennis team is young and relatively inexperienced, but already the Warriors have shown their potential to develop into a strong squad.

“I think we are looking better as a team than last year,” said Edgewood coach Renee Mattson. “We are still very young and our problem last year was inexperience with competitive tennis and nerves. We have two freshmen who are strong players, though they only have a season of middle school tennis as experience, but they all have one season of competitive tennis under their belts now, so they know what to expect heading into a match. I am expecting a more successful season and my hope is that they will be more confident in their game.”

That confidence is the key to Edgewood finding success this season.

“Our biggest challenge this season will be the mental game,” Mattson said. “It is something that I’ve been working on with my players since they started last season as freshmen. I’ve put a few plans in motion to combat the issue, in addition to help from parents. It seems to be working so far.”

Sophomores Robbie DiGiacomo, Vinnie DeGeorge, and Evan Rantanen will play in the singles matches for the Warriors. Freshmen Mason Feather and Noah Vencill form one doubles team and sophomore Joseph Painter and freshman Jacob Poff will team up in the other.

“I am hopeful that they will go into matches with confidence and mental toughness, prepared to battle out each point and come out better than their previous match even if they do not win,” Mattson said. “The biggest strength that we have, and can have in my opinion, is that they are actually a team. They get along well and help each other out as well as motivate and cheer each other on. A team that does not work with each other or like each other is destined to fail.”