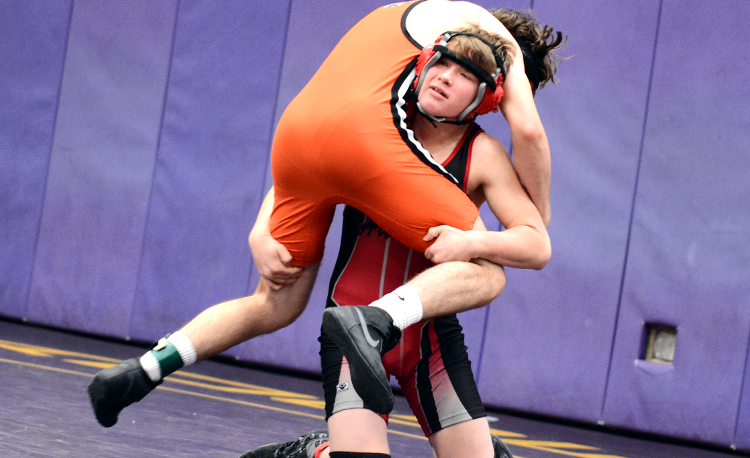 BURTON—Five wrestlers from the Chagrin Valley Conference claimed individual tournament championships at the 2019 Badgers Invitational at Berkshire on Saturday.

The host Badgers finished in second place as a team with 175 ½ points, just seven behind tournament winner Lakewood.

Orange finished seventh as a team with 124 points and four placers.

Pozdneev and Coker both won their respective weight classes for the Lions and Jason Abounader finished second at 138 and Josh Decipeda placed fifth at 195.

“We still have so much work to do as we prepare for the postseason,” Orange coach Adam Kriwinsky said. “I was pleased with how our captains wrestled. Fixing mistakes are key to moving forward and continually improving.”

Led by titlists Mares and Partain, Chagrin Falls placed 12th as a team. Owen McClintock, who was fourth at 170, and Holden Woofter, who finished sixth at 182, also placed for the Tigers.

Edgewood saw two wrestlers finish among the top six including Raymond Braat, who was sixth at 195, and Connor Tack, who finished sixth at 285.