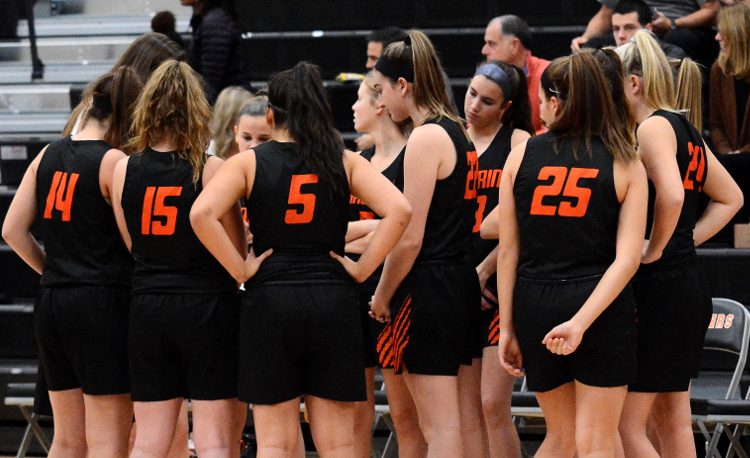 With each team playing without one of its top players, Chagrin Falls held off visiting Geneva on Saturday, 38-20.

Geneva standout Jordan Vencill left the Eagles without a standout in the post and Julia Santamaria’s absence left the Tigers equally shorthanded under the hoop.

“Both teams were down an injured post player, so guard play was going to be extremely important today,” Chagrin Falls coach Brittany Anderson said. “It ended up being a defensive battle and we had 11 steals from our pressure.”

Chagrin Falls held an 8-3 advantage after the first quarter and both teams played even in the second, leaving the Tigers with a 19-14 lead at the break.

The Tigers, who improved to 5-3 overall, outscored the Eagles in the second half, 19-6.

Bella Dalessandro did most of the damage for Chagrin Falls as she scored a game-high 16 points. Lily Karyo contributed to the win with eight points, Carolyn Bencko added seven and Molly Barr finished with three. Peyton Gellin and Katie Kwasny each scored two points for the Tigers.

“Lily worked really hard to get open inside while playing the power forward, instead of shooting forward, position today,” Anderson said. “She did an excellent job for us playing defense in the back line against some taller opponents. Bella continued to be the catalyst for our defense, getting steals and deflections, then did a great job of creating offense on her drives. Peyton has stepped up the last two games and started her first game for us today. She has great speed and agility that complements what Bella does up top and she’s learning how to create in our offense.”