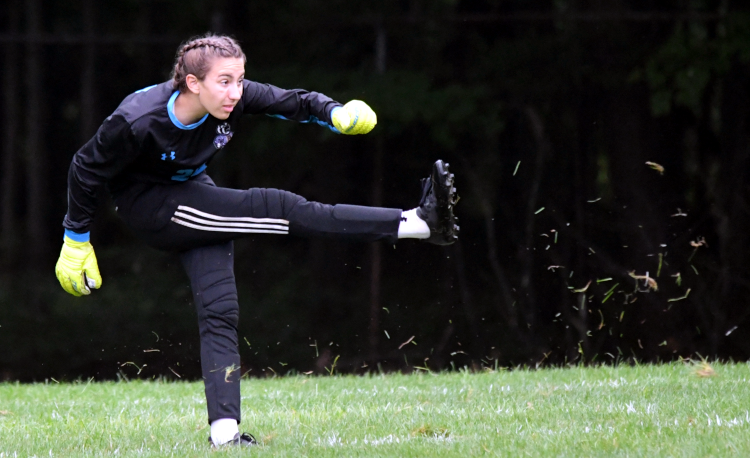 Berkshire, Chagrin Falls, Kirtland and West Geauga all will play for district titles on Thursday after their wins in Monday’s semifinal round.

Third-seeded Berkshire scored two second-half goals to pull away from No. 7 Rootstown in a 3-1 win at Berkshire. Allie Barcikoski scored two goals and Summer Larch punched in one for the Badgers. Brooke Ruchalski recorded two assists and Evania McCandless had one in the win. Sarah Wendl posted six saves.

Following No. 6 Hanoverton United’s upset of top-seeded Springfield, 2-0, Berkshire (11-5-2) will host United in the district championship match on Thursday.

Kirtland, the No. 2 seed, scored a goal just over a minute into its game against No. 5 Elyria Catholic and went on to win 5-0.

Aria Evans-Roskos headed in a Giuliana Vladic corner kick for that early lead and she added a second-half PK to go along with Erika Zschuppe’s hat trick to send the Hornets to their fourth straight district championship game appearance.

That one loss was to West Geauga, who advanced to a Division II district championship game with a 4-1 win over Mogadore Field.

Nicola Ehrbar scored midway through the first half and Frankee Flesher responded to Field’s early second-half goal with two straight goals within seven minutes. Ehrbar closed out the scoring with her second goal of the night.