Four CVC teams air it out at FirstEnergy Stadium 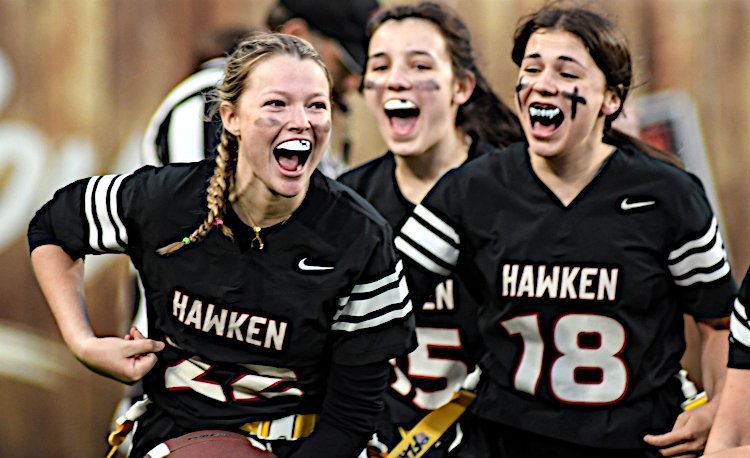 Kirtland defended its league title with a 19-6 win over Lake Catholic while Perry and Hawken both reached the semifinals. Berkshire also competed in the tournament.

The Hornets, who won the 2021 league title, opened Monday’s championship tournament with a dominating 32-6 win over Euclid and then topped Perry in the semifinals, 36-1.

Macy McIntosh threw two touchdown passes to Erika Zschuppe and caught one from Gianna Cantini in the championship game.