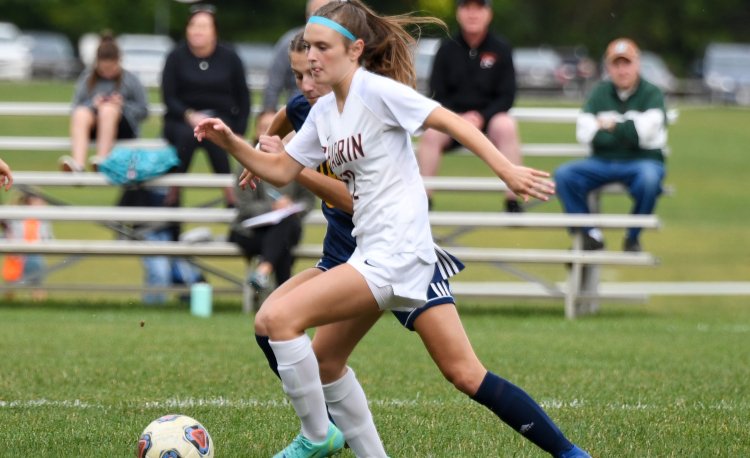 Berkshire, Chagrin Falls, Kirtland, and West Geauga all won their district semifinals games on Monday and will compete for the district crown on Thursday.

Jordyn Wichert scored two goals while Summer Larch, Madison Durosko, and Evania McCandless each contributed with one. Larch, Lanie Wadsworth, Skylar Freiling, and Alyssa Lawson each assisted on a goal in the win and Sarah Wendl recorded one save.

Berkshire will play Rootstown on Thursday at Girard High School.

Chagrin Falls, who improved to 14-3-2, shutout Buckeye, 5-0, to set up a district championship showdown with Revere.

Sarah Burgess set a new school record for assists in a career in leading the Tigers to the win.

Erika Zschuppe scored two second-half goals to lead the Hornets back to the district championship game for the fifth straight season.

The Hornets will play West Salem Northwestern, a 1-0 winner over Cuyahoga Heights, at Strongsville on Thursday.

Frankee Flesher scored the only goal of the game off of a Julia Martinez assist to lead West Geauga to a 1-0 upset win at Canfield. Ashlyn Drayer recorded 16 saves in notching the shutout.

Flesher’s first-half strike held up and the Wolverines are off to play Streetsboro in a Division II district semifinal at Ravenna.