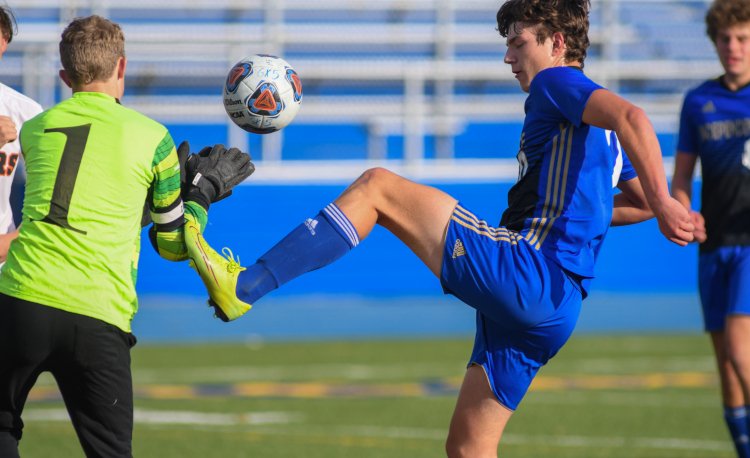 Chagrin Valley Conference boys’ soccer teams hit a brick wall in the district semifinals on Tuesday. Independence and Kirtland both advanced to the district championship round but four other teams saw their season come to an end.

Aidan Coljohn scored two goals and Casey McGhee added one for the Blue Devils, who led 3-0 before Colin Casey scored off of a corner kick to pull Wickliffe to within 3-1. Independence locked down its net the rest of the way to secure the win in the Battle of the Blue Devils.

Independence will play Kidron Central Christian for a district championship on Saturday at Barberton High School. The kickoff is scheduled for 11:00 a.m.

The Hornets will appear in the district championship game for the fourth straight season. They’ll play Hanover United at Streetsboro on Saturday at 11:00 a.m.

United ended Berkshire’s magical season with a 3-0 victory. The Badgers closed out the year with a 10-7-2 record. The 10 regular-season wins were the most in school history.

Chagrin Falls saw its season come to an end with a 5-0 loss at Poland. Canfield beat Hawken, 3-0, and Cuyahoga Valley Christian Academy knocked off Orange, 2-0.

The playoffs continue on Wednesday with Harvey’s boys’ soccer team traveling to University School for a 4:30 p.m. district semifinal and four volleyball teams looking to punch their tickets to the district championship.

Perry will play Notre Dame-Cathedral Latin while Independence is set to play Chippewa, Kirtland will serve it up against LaBrae, and Cardinal takes on Youngstown Liberty.