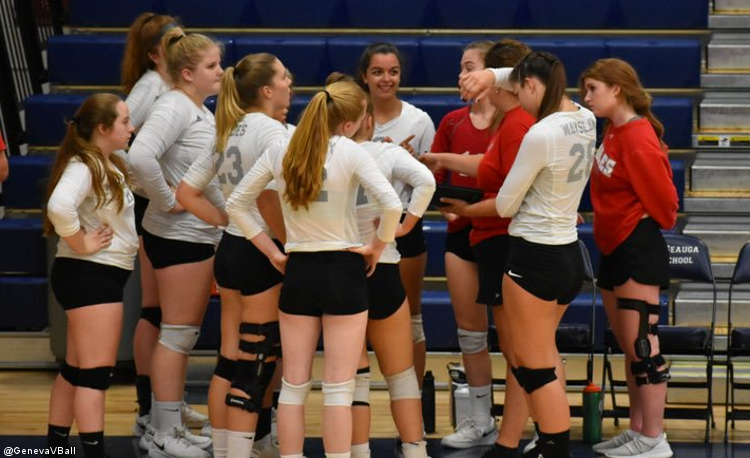 The Chagrin Valley Conference’s expansion may have worked out in Geneva’s favor.

The Eagles return five starters from the team that finished 18-6 overall and 12-2 in the CVC Chagrin Division last season. Geneva’s two league losses were to Division III state runner-up Independence, who has moved to the Metro Division while Geneva was assigned to the Lake Division.

“I think we have a strong, experienced team and I am hoping we play consistent and with strong determination to play well at every match,” Geneva’s 16th-year head coach Annah Haeseler said. “We will be playing a number of new teams, but local and with a renewed rivalry. We’re looking forward to playing some teams in the area.”

Geneva will compete in the Lake Division with Edgewood, Harvey, Lakeside and Perry.

Led by senior outside hitters Jordan Vencill and Myla Rhodes, the Eagles will be a force to be reckoned with.

“Jordan is our leader on and off the court. She works hard and plays hard. I’m looking for her to continue to lead the league in many stat areas. She is always the hardest working in the gym,” Haeseler said. “Myla will be an outside this season. She is a versatile front-row player that can fill in anywhere on the front line. A strong aggressive server, Myla will continue to lead our team’s attack.”

“(Stoltz is a) libero with no fear and with knowledge beyond her years,” Haeseler said. “Morgan will continue to get better and continue to lead our defense.”

“Becca brings a quiet confidence to our games,” Haeseler said. “She is calm, cool and collected, but don’t let that fool you. She can serve you off the court.”

Senior Hope Stanley and sophomore Kennedy Landrus round out the projected starting lineup.

Landrus is a middle blocker while Stanley is a middle/outside hitter.

“Kennedy is becoming a true middle. She is smart, can hit smart spots and can put the ball away too. I’m looking forward to her becoming a more vocal player,” Haeseler said. “Hope is a tremendous athlete that can play any position. She is quick, has a 30-inch vertical (jump) and will be a vital role in our success this season.”

“Chrissy is a talented young lady that is one of our setters. She brings a front-row attack at the setter position that we were lacking. Her strong serving and attacking will help us this season,” Haeseler said. “Erin is an all-around strong volleyball player. She is smart and plays tremendous defense; an asset to the team in every capacity. Kaitlin is a young player that is just learning how good she can be. She is a natural volleyball player and with experience will be a dominant player in our area.”