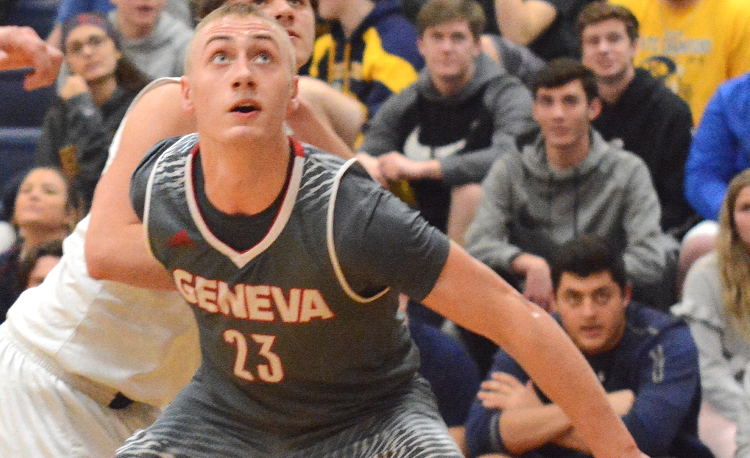 Brandon Smith drained a pair of free throws in the closing seconds of double overtime to lead Geneva to a 73-71 Chagrin Valley Conference Chagrin Division win at Beachwood on Tuesday.

The Eagles overcame a 10-point fourth quarter deficit to force the extra time and avenge their loss to the Bison, also in overtime, back on Dec. 14.

“Every win on the road in this conference is an exciting win,” Geneva coach Eric Bowser said. “It feels good to sneak out of here with the victory in double overtime.”

Leading 42-41 heading into the fourth quarter, Beachwood scored the first nine points to extend its lead to 51-41.

“We were having trouble stopping (Woodrich),” Bowser said. “He’s such a phenomenal shooter, but we were able to get a couple of steals late and aggressively attack the basket. I have to give credit to our guys knocking down their free throws at the end.”

The Eagles rallied back and tied the game at 56-56 on a Grant Mihalick basket with less than 30 seconds remaining in regulation.

Woodrich buried a pair of 3-pointers in the first overtime but the Eagles responded with clutch baskets of their own to force the second overtime.

Smith closed out the scoring with his clutch free throws.

“We played much better transition defense in the second half and overtime,” Bowser said. “We know we have to do our best to take (Woodrich) out of the game. They were successful in running him off screens and getting him some looks. We were able to keep the rest of their guys in check for the most part. Our guys are scrappy and work hard.”