Kirtland hangs on for win at Independence 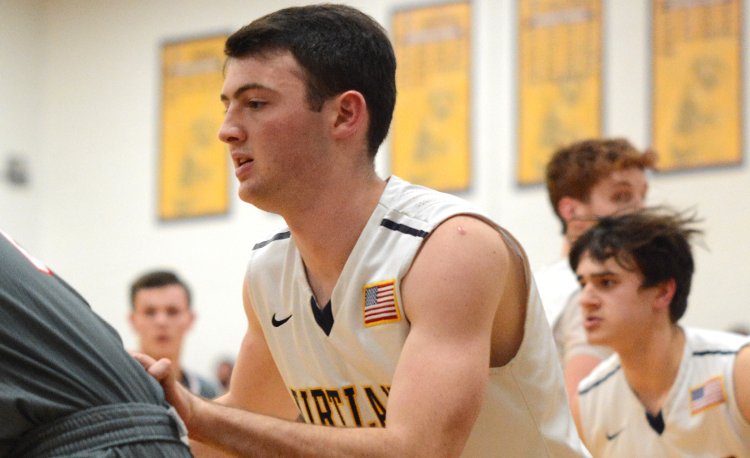 Tommy Powers and Adam Mueller both scored in double figures to lead Kirtland to a 66-55 Chagrin Valley Conference Valley Division win at Independence on Tuesday.

“It’s always difficult to win on the road in the conference,” Kirtland coach Shawn McGregor said. “Independence did a great job executing in the half court and forcing us out of our rhythm on the offensive end.”

Mueller hit a pair of 3-pointers in the first half to help the Hornets build a 31-27 lead. Powers scored seven of his 11 in the second half as the Hornets took advantage of several Independence turnovers that led to layups.

“In the second half, we picked up our defensive pressure and got some easy looks in transition,” McGregor said. “Dominic Capretta and Tommy Powers did a good job of getting us into our offense in the second half and we were able to make enough plays to hold on. “

“Tommy Powers, Mike Bottesch and Connor Gron provided a much-needed spark for us off the bench,” McGregor said. “The bench bunch has been key for us throughout the first part of the year and we continue to have balanced scoring and contributions throughout the lineup.”

“Kirtland is well-coached and athletic, and I loved how we battled the entire game,” Independence coach Hugh McMahon said. “In order to beat a team like Kirtland, we have to carry that passion over to our execution down the stretch. I believe our young men can take that next step.”

The Hornets return to action at Wickliffe on Thursday while Independence plays at rival Cuyahoga Heights on Friday.