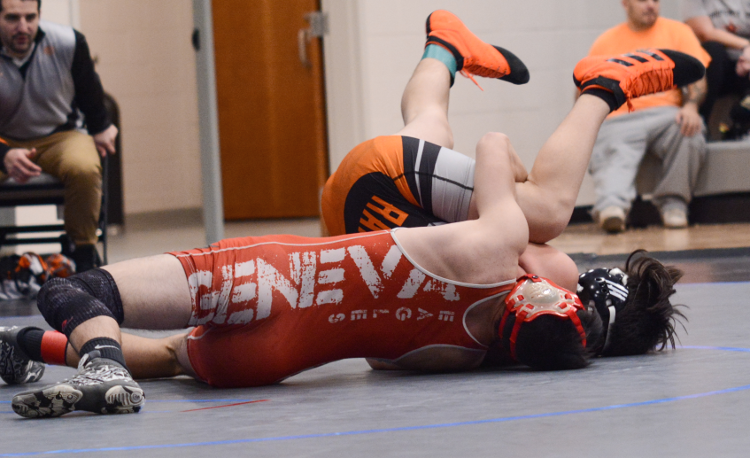 WILLOUGHBY—Geneva cruised to the team title at 2019 Rebel Invitational on Saturday.

The Eagles had 14 wrestlers earn a spot among the top four in their respective weight classes including six champions.

Kirtland finished fourth with eight place winners and one champion in Jeff Kusar at 285 pounds.

Perry won two individual titles and had three others wrestlers place among the top four to finish fifth as a team.