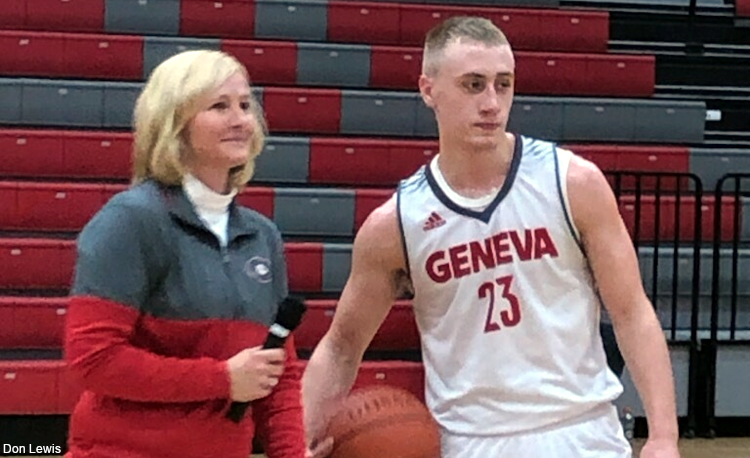 Brandon Smith scored a team-high 12 points in Geneva’s 45-38 loss to Harvey on Tuesday but among that dozen was the 1,000th point of his career.

Smith is just the third Geneva Eagle to reach the 1,000-point mark.

“It was very exciting becoming just the third player to reach 1000 points,” Smith said. “After my injury, I worked harder than ever to get back to my full ability and this milestone is one I’ll never forget.”

Needing just one point, Smith drove hard to the hoop and drew a foul.

He drained both free throws.

“This moment was great but doesn’t compare to the district run the team and I made last year,” Smith said. “We had a great team and going to the district championship game was a special moment for that whole team and that has to be at the top of the list.”

With one goal completed, Smith is ready to focus on the rest of his senior season.

“What’s next in my sights is Perry on Friday,” he said. “I like to focus on what’s coming up and be prepared, but the team and I are very excited for the playoffs and we all believe we can make a similar run like last year.”