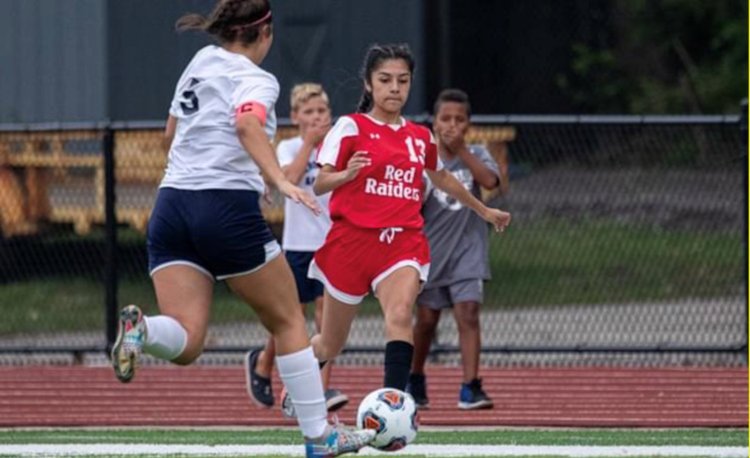 Harvey’s girls’ soccer team returns six starters from last season and with a new coach optimism is high as ever in Painesville.

The Red Raiders finished 3-12-1 overall and 1-5 in the Chagrin Valley Conference Valley Division.

“We have a young group, including four returning sophomore starters, intent on competing in every match,” said first-year head coach Sam Sherwin. “We’re optimistic that our program can turn a corner this season and play .500 soccer or better.”

Among Harvey’s losses were forward Diane Cortes, who is now playing at Heidelberg University, and an all-conference freshman goalkeeper.

To achieve their goals, the Red Raiders must find a way to replace two standout players and jell as a team in a hurry.

Most of Harvey’s experience is on the back line, leaving Sherwin confident the Red Raiders will be in the hunt while their offense settles in.

“We have three returning starters on defense, so our identity will be forged on making it difficult for opponents to create scoring chances,” Sherwin said. “Our offense may struggle to possess against certain teams, so we must prioritize defending for 80 minutes. We need to communicate consistently, give maximum effort, and eliminate errors in front of our own goal.”

Ramirez scored one goal with one assist, Flores scored twice, and Miranda assisted on a goal last season.

“Caroline, a senior captain who leads on and off the pitch, will play as a central attacking defender,” Sherwin said. “Katie was an all-conference defender last season and excels at reading the game. Cynthia, a returning inside fullback, is a natural ball-winner and hungry to compete.”

“Veronica is a focused, multi-sport athlete and with the ability to become a top scorer in our conference,” Sherwin.

Becerra scored three goals last season while Nila pitched in with one goal and one assist. Rea Garcia did not play in 2021.