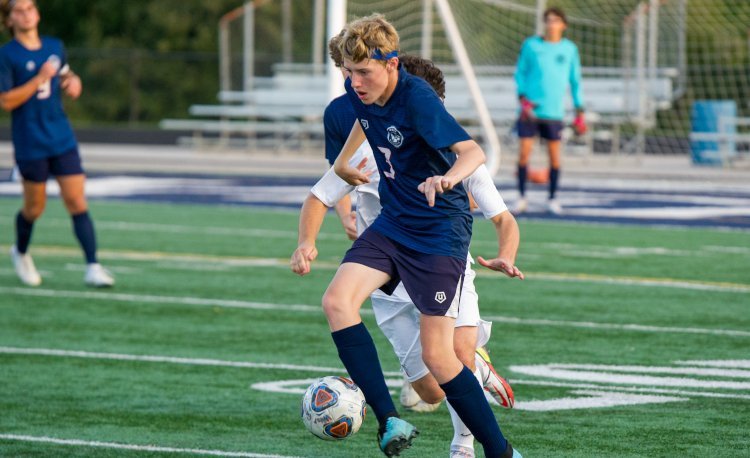 West Geauga is in a bit of a rebuilding mode after graduating a large group of seniors following last season.

The Wolverines return just one starter and eight others with varsity experience from a squad that finished 5-10-2, but don’t count them out just yet.

“Heading into the 2022 season, I think our team has the potential to make some big improvements on our performance from last season,” said first-year head coach Danny Cappelucci, who was an assistant coach for the West Geauga girls’ team that made a run to the Division II regional final last year. “I think that we are capable of winning more games this year than we did last year and competing hard against every opponent.”

Obviously, the graduation losses leave gaping holes in the lineup but Cappelucci has been pleased by the intra-squad competition he has seen throughout the preseason.

“We graduated a very large class of seniors from last season, which means basically every position is up for grabs this year,” he said. “It is very exciting to have everyone on an even playing field and doing their best to try and earn their place on the roster. There will be a lot of opportunities for players who did not play a lot of varsity minutes last year to earn a larger role this season and to step up and become a leader.”

The Wolverines will overcome their inexperience by focusing on playing as a cohesive unit and making the most of their opportunities.

“When our team is working together as one unit on the field we are very organized and we can defend well and create dangerous moments in the attack,” Cappelucci said. “Our focus will be on working hard and staying together as a unit to try and limit the amount of space we allow our opponents to operate in on defense, as well as getting numbers forward into the attack. The boys have been working very hard throughout the spring and summer and they are excited to get into the season and start playing games.”

“A.J. is an aggressive and hardworking player up front,” Cappelucci said. “He is constantly putting the opposing team under pressure and does a great job trying to win the ball back high up the field. In attack, he is able to stretch the field for us and create goal-scoring opportunities for himself and his teammates.”

Senior Owen Puleti and sophomore Frankie Sassano will be tasked with making things happen in the midfield.

“Owen is a strong and intelligent player. He can often play any position on the field but excels when playing in the midfield. He has a great work rate in both attacking and defending and provides our team with a spark when it is needed. Owen is looked up to by his teammates as one of the leaders on the team,” Cappelucci said. “Frankie is a very talented player who excels at creating dangerous moments in the attacking part of the field. He is calm and composed with the ball at his feet and has a high technical ability allowing him to get out of trouble. We are looking forward to Frankie having a great season for us.”

Senior Davis Carson is the anchor of the defense.

“Davis is a leader for the team in defense and is quick to deal with and stop dangerous situations,” Cappelucci said. “He is calm on the ball and has the ability to help start our attack from the defense after winning possession. Davis’ work rate is unmatched and he sets a strong example for the rest of the players in the team.”

The Wolverines are young and inexperienced but they certainly have the talent to be competitive in the Chagrin Valley Conference and beyond.

But, to achieve their goals, each player must accept his role and give 100-percent in each training session and match.

“In order for us to be successful this season we need to make sure that we show up every day ready to compete and get better,” Cappelucci said. “Whether that be during practice or a game, everyone needs to show up with the right attitude and be willing to put in the work to help us improve as a team. If we are willing to do that every day we will be able to look back on our season and feel good about what we have achieved.”