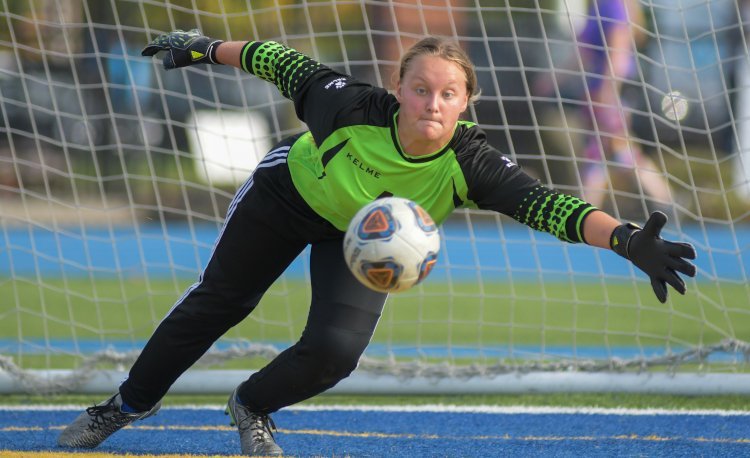 With a large freshman and junior class, the future is bright at Independence.

The Blue Devils, who finished 7-9-2 overall and 3-3-1 in the Chagrin Valley Conference Metro Division last fall, return eight starters and three others with varsity experience. They also added a large freshman class.

“We can equal or better our results from last season,” said 17th-year head coach Bryan Less. “We have picked up several good freshmen and a bunch of returners are already faster and more skilled than last season.”

The Blue Devils do have to find a replacement for Alex Adams, who graduated after tying the school record for 27 goals in a career, as well as three other key players.

“I have to figure out the best formation and position for everyone to play,” Less said. “We also have to jell quickly, as three or four freshmen could be starting in game one. We have to find new scorers to replace Alex and ensure that Alana Nowak is not by herself on the offensive end.”

She should be ready to pick up where Adams left off.

“Alana is one of the most skilled players I have coached,” Less said. “She has fantastic touch and speed. She is definitely one of the field leaders on the team; we just need her to be more selfish, as she has the ability to score 20 goals this season.”

“We need Makenna to become a go-to player this year. I have seen glimpses of her ability in the past, she just needs to trust her abilities and make plays on the field,” Less said. “I am very excited to see MaryAnne play this year. I have been hearing great things about her from her youth coach. She has good skill for a young player, but will need to learn to play at the high school level of speed and power.”

Botzman, a junior, assisted on one goal last season while Kaufman, also a junior, scored five times. Bohrer is a freshman.

“Eliza had a rough time last season, playing through hurt knee all year. She is healthy, though, and seems ready to go. Her speed is better than I have ever seen,” Less said. “Mandy has come a long way in two years. Her freshman year, she barely played, and last season she scored our first playoff goal. Mandy is consistently one of the hardest workers and the team, and the effort shows on the game field. Allie is about to be a workhorse for us. I can already tell that she is very tough and can play anywhere on the field. In the near future, I see her as a center mid or defender helping control all the action.”

Defensively, the Blue Devils boast one of the area’s top athletes in junior Casey Adams, a two-time state track participant who earned All-Ohio honors as a freshman.

She scored two goals and added an assist last season on the way to earning second-team All-CVC and honorable mention all-district honors.

“Casey is already in the best shape of her life,” Less said. “She now has the attitude to match her ability and is training as hard as she plays in the games. This year she will play center defender or center mid, helping control the action.”

“Jessica puts 100-percent into everything she does. No matter where she is on the field, she plays to win,” Less said. “Addie is a joy to coach. She listens to everything I tell her and tries to fix every mistake. She can play with a fantastic controlled force that we really need. Bryanna was a great surprise last year, despite playing the entire season with a hurt back. She became a smart defender, and has already shown a drastic increase in speed and skill this year.”

“Keelie is in only her third year of soccer ever,” Less said. “Her improvement every year is a testament to her work ethic and athletic ability. Her confidence seems much higher, and she is on her way to being my next very good keeper.”

While the Blue Devils do have a few holes to fill, Less is confident he has the personnel to show improvement on the field this season.

“We are working hard on individual defense and first touch,” he said. “If everyone is able to get the basics down and minimize mistakes, our more skilled players can help drive us to victory.”