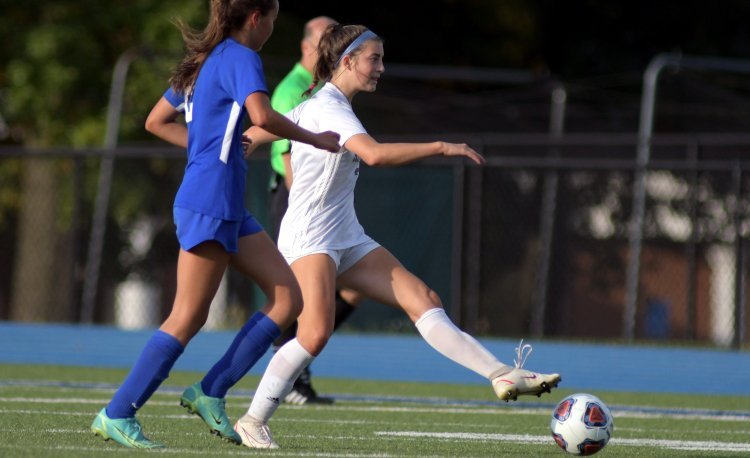 Kirtland enters the 2022 season with enormous cleats to fill.

The graduation of all-time leading scorer and 2021 Ohio Soccer Player of the Year Erika Zschuppe leaves a gaping hole in the Hornets’ lineup, but 19th-year head coach Edward Bradac never has been one to focus on who isn’t on the field.

Instead, Bradac makes the most of the roster at his disposal.

“I see us being another strong Division III team and a team that will always set getting out of our district as the main goal,” Bradac said. “We will need to replace the bulk of our scoring from last year. The way that we will approach this task is by relying on a variety of players.”

The Hornets, who finished 14-4-3 last season with a fifth straight appearance in a regional championship game, do return four starters and 11 others with varsity experience.

But, Zshuppe’s graduation leaves the Hornets without their top scoring threat over the past four seasons.

That leaves the Hornets to rely on a tried and true formula.

Kirtland will rely on its senior class to set the tone for the rest of the squad.

Seniors Bella Piazza, Corinne Greenlee, Liz Aranavage, and Nora Sherman will be counted on to play consistently each and to provide leadership for the Hornets as they develop their identity this season.

“This year we will rely on our seniors once again and look to a strong junior class to help get us back to regionals,” Bradac said. “We will also look to our sophomore class to step up now that they will be given the opportunity to see varsity minutes.”

“Bella has stepped up this summer during workouts and summer league games to be a leader on this team,” Bradac said. “She has a great attitude as she heads into her senior year.”

Greenlee, a midfielder, also scored one goal with four assists. She is moving up from the back line to the midfield to help distribute the ball on the offensive end of the field.

“Corinne will be moving into the midfield this year, where I know she will shine,” Bradac said. “She has been one of if not the best defenders for the past several years. By moving her to midfield, she will have the opportunity to have a bigger presence on the field. Her vision and knowledge of the game are what will set her apart from other players.”

Aranavage also will play in the midfield.

“Liz will be called on to be a leader this year,” Bradac said. “I’m excited to see what she is able to accomplish this season.”

“Nora will be our vocal leader in the back,” Bradac said. “She continues to improve each and every time she takes the field.”

The Hornets open the season at Geneva on Aug. 23.