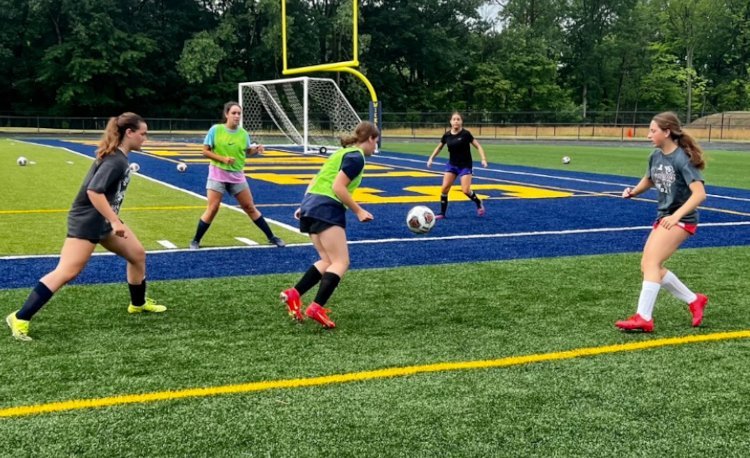 Wickliffe enters the 2022 season with its usual high expectations and with eight returning starters the Blue Devils are positioned to meet their lofty goals.

While it won’t be easy to replace their graduated seniors, the Blue Devils have enough returning talent and have developed their younger players from a season ago.

“Our team is returning 15 players from last year, including 10 sophomores that have shown an extreme amount of growth over the past year,” said 14th-year Wickliffe coach Steve Gribovicz. “In addition to the growth of the younger players, our five juniors and seniors have been demonstrating tremendous leadership abilities this offseason. We feel these characteristics put us in a good position to have a successful season.”

Wickliffe finished the 2021 season with a 9-8 record overall and a 2-4 mark in the Chagrin Valley Conference Metro Division.

Gribovicz is confident his young squad from last season has developed and is ready to once again challenge for the conference title.

“Filling roles left by graduates will not be an easy task, however many of our younger players began getting ready to step up last year,” he said. “They have utilized the advice from those graduated players to make a concerted effort of having a strong offseason in preparation to continue the success of the program and make their own mark on this season.”

That work started immediately following the season and continued throughout the summer in the weight room, on the field, and through a commitment to developing a mental toughness that will drive the Blue Devils through the tough times this season.

“Our team has made a commitment to both their physical and mental growth this offseason,” Gribovicz said. “These strides in the weight room, agility, and mindset will help each player become ready for their role. Combining these attributes to their training and working and communicating together will help further the team’s success this season.”

Wickliffe returns its top four scorers from a season ago.

“Eliza’s vision enhances her keen sense of offensive and defensive awareness,” Gribovicz said. “Eliza’s high soccer IQ contributes to her abilities on the field, as well as her teammates, as she is able to communicate what she sees to help others near her.”

Sophomore forward Ava Gabriel made quite an impact as a freshman.

She finished second on the team with nine goals and she added 10 assists. She earned first-team all-conference and second-team All-Greater Cleveland honors.

“Ava utilized her raw athletic ability and strong leg in her first year to put up an impressive stat line,” Gribovicz said. “With another year in the tactical system, Ava has shown her ability to become a more diverse contributor in the offense and defense already this preseason.”

“Leah is a dynamic player for us that can be utilized in a variety of ways on-ball and in support. Leah is set to take a step forward with more responsibilities added to her role this season,” Gribovicz said. “Clare is our vocal leader on the field. Clare sets the tone for the team with her defensive prowess and energy, which others feed off to contribute to our overall success.”

Defensively, Gribovicz will lean on junior Annabella Stoehr to set the tone on the back end of the field. She recorded four goals and two assists last fall and was a first-team all-conference and second-team All-Greater Cleveland selection.

“Annabella’s experience and knowledge make her a perfect fit for our system,” Gribovicz said. “Annabella can systematically play any position on the field for the team and has the skills to contribute in a multitude of ways. Annabella will be counted on this season to help in our overall success.”

Wickliffe’s roster includes some of the CVC’s top scoring threats and a host of younger players eager to do their part to maintain the program’s success.

Gribovicz is doing his part by creating an environment where the players can thrive on and off the field.

“We plan to create an atmosphere where our players feel comfortable for what each game has in store for them by varying up our training to show a plethora of different situations,” he said. “This flexibility will allow us to have more control mentally and physically to perform at our best.”