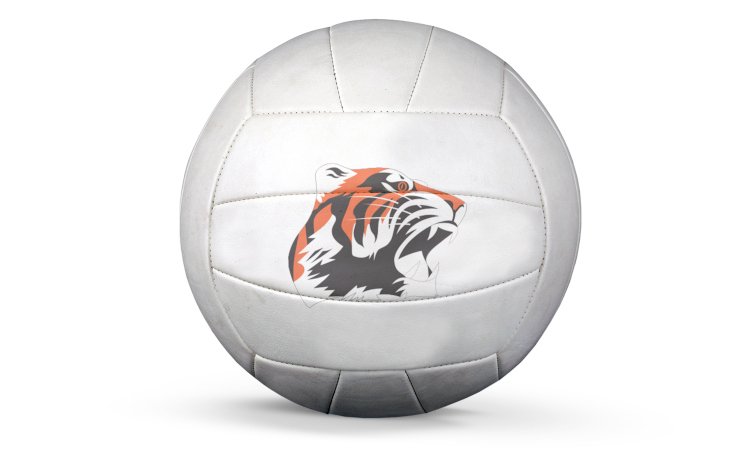 With five returning starters, Chagrin Falls is out to flip the script this season.

Last year, the Tigers finished 6-15 overall and 5-8 in the Chagrin Valley Conference Chagrin Division but a winning season wasn’t out of reach.

“Our team struggled with tipping the scales of play to get the ‘W’ last year,” said third-year coach Kelly Holtz. “Despite what our record reflects, 47 of our 71 sets last season were in the 20s or higher. Our point differential for the year was at -1.2-percent. We are not far from closing the gap and feel like with the groundwork laid in the past two years and the personnel we have on the roster, our outcome will look better in 2022.”

This fall, the Tigers are hoping to not only narrow that gap but to flip it all together and finish with a record above .500.

“With an experienced and deep roster, we just need to figure out which parts are going to work best in this season’s puzzle,” Holtz said.

First, they’ll have to fill the shoes of several talented seniors.

Fortunately, the Tigers have four seniors projected in the starting rotation and three others who will contribute.

Kendall Guddy, Grace Svette, Madeline Rodriguez, and Kayla Link are expected to lead the way in the starting rotation.

“Don’t let her 5-foot-4 frame deceive you, this girl has a 9-foot approach reach and she is looking to use it,” Holtz said. “She has a strong presence, is super competitive, and has a fire to make her senior year one for the books.”

Svette, a middle hitter, was the team’s most improved player and leading blocker last season.

“She grew leaps and bounds last season and is ready to make her presence known as a 5-9 ½ middle hitter who reaches 9-2,” Holtz said. “This is her year.”

Rodriguez, a setter, recorded 158 assists as a junior.

“She is a real leader on the court and knows how to run the show,” Holtz said. “She has been working hard for this year and we look to see how she will drive her team on the court.”

Link, an outside hitter, has moved up from the JV squad and brings an impressive skill set and mentality to the squad.

“She had an extra year to hone her skills and leadership on JV last year and the time served her well,” Holtz said. “She is ready to contribute with her ferocious attacking skills and competitive spirit.”

Rounding out the starting rotation are juniors Clara Ives and Isabel Nerpouni and sophomore Alexa Loconti.

“She is a solid six-rotation player at 5-7 with a 19-inch vertical,” Holtz said. “She is creative in her play to keep her team alive and score points.”

Nerpouni, an outside hitter, averaged 2.4 digs and 1.07 kills per set on the way to earning honorable mention All-CVC honors.

“She is quietly lethal as a worker bee that gets things done on the court whether it’s hitting, serving, or being a foundation to our defense,” Holtz said.

Loconti, a libero/defensive specialist, spent her freshman year learning the ropes from Rini and saw some varsity action before suffering an injury. The expectations for her are high this year but Holtz is confident she’s ready.

“She is a player to watch out for,” Holtz said. “She had the windshield effect as defensive specialist last year watching senior Lily Rini. She got to play some as DS before she broke a finger playing defense. As our team’s most spirited recipient, she is looking to fill the shoes of last year’s senior and keep the ball up until we score.”

“If ever there was an athlete who did everything suggested to improve themselves, it’s Jillian. She has been committed to getting better all offseason. We are looking forward to what she can contribute this year,” Holtz said. “(Plante is) our southpaw that got overshadowed last year who is looking to shine her light on the court this year. She is a solid passer that keeps the ball up. She could be in the front or back row. Time will tell how it will work out. Phoebe brings the energy and resilience that every team needs. She is looking to contribute where she can and is excited where the team can go this year.”

Pierce is a jack-of-all-trades and can help the Tigers in many ways. Burgess is a libero/defensive specialist, Yanchar is another talented athlete that can help in a variety of roles, and Calabrese is an outside hitter.

“The past year, Peyton has put the work in to be seen and be the versatile player every coach dreams of and all her teammates want to play alongside. I’m not sure how she will fit into the puzzle, but she will be a contributing piece,” Holtz said. “Lauren is our other firecracker who will give Alexa a run for her money. Lauren was our libero for JV and got tons of reps and is ready to take her talents to our varsity matches. We can’t go wrong with either athlete, so it’s a good problem to have.

“Tatum is a 5-7 athlete with a 19-inch vertical who is looking for where she can assert her talents this year. Gigi is our diamond in the rough. This 5-8 ½ outside hitter has a 9-2 approach reach and has incredible court sense and competitiveness. Look out for her very serious serve. When she gets a few more reps under her, she will be unstoppable.”

Holtz is confident her squad has the talent and depth to achieve their goals this season.

It all starts with intra-squad competition to push each player to become the best version of herself and will continue by developing into a cohesive unit that plays as one, regardless of which rotation is on the court.

“Our strengths are in our team’s desire to compete,” she said. “First, our athletes had to make varsity and now they are battling to cross the line and get on the court. It’s our first year where we have so many players that can be contributors. We are building our team atmosphere so that our competing with each other does not become our weakness. We will need to package up our competitiveness from our day-to-day practice and turn it towards our opponents. That will be a new step for us, and one that our 14 athletes look forward to tackling.”