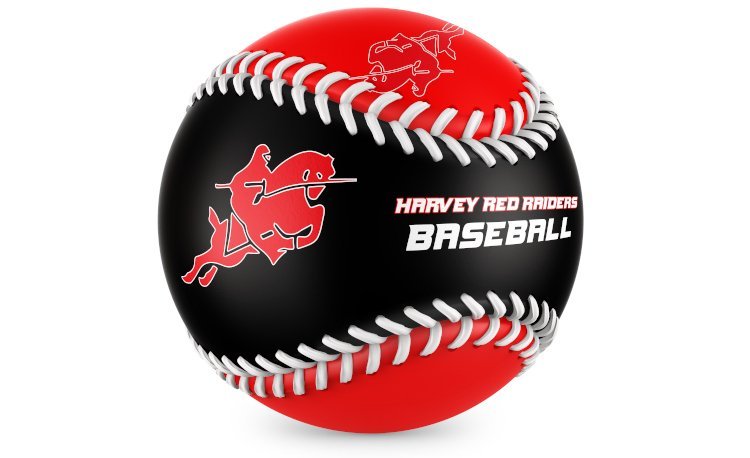 Harvey enters the 2022 season with eight returning starters from last year leaving the Red Raiders in a position to improve upon last year’s 5-18 record.

Head coach Mark McNamara is eager to see what his players can do with a year of experience under their belts.

“My outlook is positive for this season,” he said. “When we are returning a full eight out of nine starters from last year’s varsity squad, I have to be happy. My expectations are to be very competitive this year. Last season, we were very young and we still are young with our varsity players, but they have had a full year of varsity playing time together in addition to being in the weight room this offseason.”

While the Red Raiders have plenty of experience on the field, their depth is lacking.

“We do not have a lot of depth with experience,” McNamara said. “It is great that we have 15 guys on our JV program, but only one of those guys has summer playing experience. If we have injuries, we will have limited guys to pull from.”

“We are very strong at the catcher position,” McNamara said. “Conner Bates was a leader last year among all catchers in the Northeast Ohio area with only three passed balls on the season. He has a very strong arm and is excellent with his ability to block and keep balls in front of him.”

Bildstein will play first, Arrendondo is at second, Brozic is the shortstop, and Mendoza will play third base.

Freshman Trent Hull will start in left field and sophomores Jacob Konya and Robert Boykin will play center and right fields, respectively. Junior Christian Rael will serve as a utility player and the ace of the pitching staff.

Brozic, Mendoza, Hull, Bates, and freshman Rodrigo Flores all will see time on the hill for the Red Raiders.

“We have Christian Real who will be a mainstay on the mound for us as he was a leader last year as our No. 2 pitcher. This year he will be asked to lead us on the mound,” McNamara said. “We also have Blake Brozic, who will lead our infield play at shortstop. These players will be expected to produce in the field, but also at the plate for us this season. Trent Hull and Rodrigo Flores are two upcoming freshmen that will earn a ton of playing time on the varsity team. David Novakovich will be a huge help for us as he has a powerful at bat and we hope to get around five or six home runs from him this year at the plate.”

McNamara hopes a year of varsity experience will lead to his players competing with more confidence this spring.

“This season, we have to maintain our confidence and support each other,” he said. “We have players who have been through a difficult year last year as sophomores starting varsity games and they just need to know they are competing against guys that played mostly JV last season.”