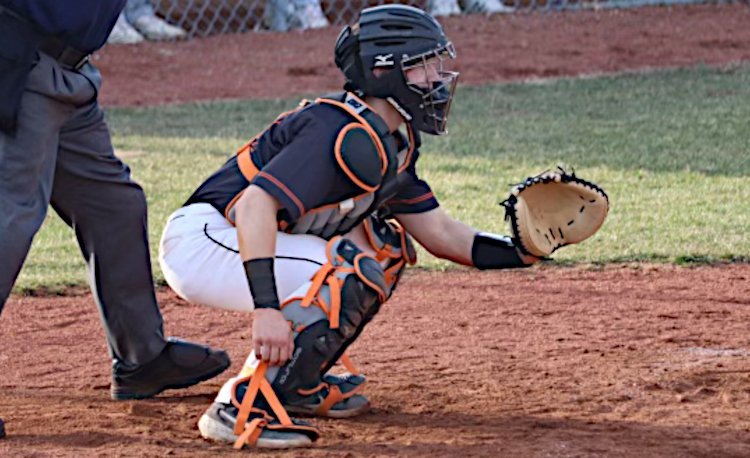 The Tigers are in a unique situation this spring without the experience and depth they have enjoyed in the past.

“This is probably the toughest team I have had to project in a long time,” said 22nd-year head coach Michael Sweeney, who is 364-194 all-time at Chagrin Falls. “I love the way our team is working in practice. They are smart and want to be good. Sometimes, I feel they are almost trying too hard; basically, it means that it isn’t pretty sometimes. I think it may take time for us to play the kind of baseball we are used to at Chagrin Falls. We have some returning players in new positions and newcomers at the other positions. I think we could have a deep-hitting lineup. I know that we will have two very good pitchers at the top of the rotation. I think once our guys relax and get some game experience under their belts, we will be OK.”

Chagrin Falls graduated seven seniors from last year’s squad that finished 24-7 overall and 11-1 in conference play. The Tigers went on to win their fourth district title before falling to eventual state champion Akron Hoban in the regional semifinals, 4-2.

However, the Tigers do return five players with significant varsity experience and two quality pitchers.

“This will be an interesting year,” Sweeney said. “We have quite a few players with experience coming back, but also will have quite a few players who don’t have any experience at all. We also have experienced players playing new positions. We have our No. 3 and No. 4 pitchers coming back–Andrew Kirkpatrick and Leo Fornara–which will help out quite a bit as they will be our No. 1 and No. 2 this year. However, we do not have any experience on the mound past those two. We are also very limited with our depth. We will have 11 players on varsity, so our defensive lineup will change quite a bit depending on who is on the mound. I do think it will take some time for us to jell as a team, but I do think we have the potential to once again be a very good team. I think it will depend on our pitching depth, our ability to stay healthy, and also our ability to adjust defensively to the many different lineups we will put on the field.”

The Tigers will lean heavily on their most experienced players starting with Kirkpatrick, a senior tri-captain.

Kirkpatrick, a Wittenberg recruit, will catch, play first, third, and pitch. He earned second-team All-CVC honors last season at first base and was a first-team selection as a freshman.

“Andrew has been outstanding for us during the two seasons that he played,” Sweeney said. “I look for him to have a huge season this year both on the mound and at the plate.”

Another senior tri-captain, Fornara will pitch and also catch and play in the outfield. The 5-foot-9, 175-pounder batted was 1-1 with one save and a 3.559 ERA last spring. He struck out 32 batters in just 19 2/3 innings. He has committed to play at Mount Union.

“Leo came on strong at the end of last year on the offensive side and was solid all season as a pitcher,” Sweeney said. “I look for big things from Leo this season. He will be our No. 1 pitcher and has the potential to dominate on the mound.”

The 5-foot-9, 155-pounder will play third base and pitch for the Tigers.

He batted .350 last season with three doubles, 14 RBI, and 11 runs scored on the way to earning honorable mention All-CVC honors.

“Brett won the starting third base job halfway through last season and had a lot of big hits for our team,” Sweeney said. “He played a solid third and should take a step forward this season to pick up where he left off. Brett should also help us on the mound this season. He is a very valuable player for us because he can do a little bit of everything for us.”

Junior outfielder/pitcher Donny Hardy is the last of the Tigers’ returning starters. He earned first-team All-CVC honors as an outfielder and will start in center field and serve as the team’s leadoff hitter.

“Donny is a five-tool player and a great athlete,” Sweeney said. “He had a tremendous year last season as a sophomore and should be even better this season with his added strength and a year of experience. He will be a tough out in the lineup and can provide both power to drive the gaps and speed to steal a base.”

Seniors Nick Calabrese and Calvin Hill, and junior Gavin Stevens are returning lettermen that have locked up a starting role this spring.

Calabrese, a 6-foot-185-pounder, will start in left field.

“Nick played in 22 games last season but struggled with a back injury and was never full-go,” Sweeney said. “He should be fully healthy this season and ready to roll. He should provide some power in the lineup and be a middle-of-the-order hitter.”

Hill, a 6-foot, 155-pounder, is back on the team after taking a couple of seasons off. He will play right field and pitch.

“He is coming off of an injury so his pitching status is unknown,” Sweeney said. “However, he should give us a lift offensively and, if healthy, a much-needed arm. He could be a huge help to our team.”

“Gavin should be one of our infield starters and help us on the mound,” Sweeney said. “Gavin has put a lot of work into baseball over the past year and should have a very good season.”

“Andrew has tremendous power. The ball has a different sound when it comes off of his bat. Andrew is going to surprise some people and could help make this offense scary,” Sweeney said. “Sven will see plenty of time at first base. Sven will give us depth on the mound and he, like many of our players, should get better and better as the season goes on.”

Junior Drew Mergenhagen (5-11, 165) and sophomore Will Graham (5-11, 155) also will see their fair share of playing time. Graham is an outfielder/pitcher and will DH at times. Mergenhagen is a second baseman, catcher, and pitcher.

“Will has the potential to be a very good player. He will give us depth on the mound as a starter and also could become a very good hitter once he gains varsity experience,” Sweeney said. “Drew is a smart player who will be a solid player for us this season. I think Drew will improve tremendously throughout the season once he gains confidence and gets varsity experience.”

“There are days that I think we can be pretty good and there are days I am not sure what we can be,” Sweeney said of his squad. “I do know that this team has a tremendous work ethic and they want to be good. I really do think when we relax and gain confidence we can do some pretty good things.”

While the Tigers have worked hard to develop their depth during the preseason, and they’ll continue to work on that aspect during the early portion of the season, they’ll enter the spring with a relative lack of experience and, like every other team, a need to stay healthy.

“I think our biggest challenge is the lack of depth and the way our defense will have to move around based on who is pitching,” Sweeney said. “We can’t afford any injuries. I am not sure how to avoid injuries. I do think the more we practice and the more we play the more comfortable we will get with all of the defensive changes. Getting a chance to practice and scrimmage in Myrtle Beach will be huge for this team. We need as much practice/game experience outside on a field as we can get. I know our guys will put the time in to get better at each position they play.”

Despite their shortcomings, the Tigers do have the potential to defend their conference title and make another deep postseason run.

To do it, the Tigers will rely on their veteran leadership and talent.

“Our captains, along with some of the other guys, provide tremendous leadership,” Sweeney said. “I ask a lot out of my players as far as being ready for practice, getting things set up, and making sure we have all the equipment out. This is never an issue. Our leaders lead by voice and by example. The leadership has been outstanding so far and I would expect it to continue through the season. We also have an extremely intelligent team. Although we only have 22 players in the program, the GPA of all 22 players averages 3.95, which is incredible. This also translates to the field, which is why I think we have the ability to move the players around to different positions. I think they can handle it and the players are actually embracing the challenge.”