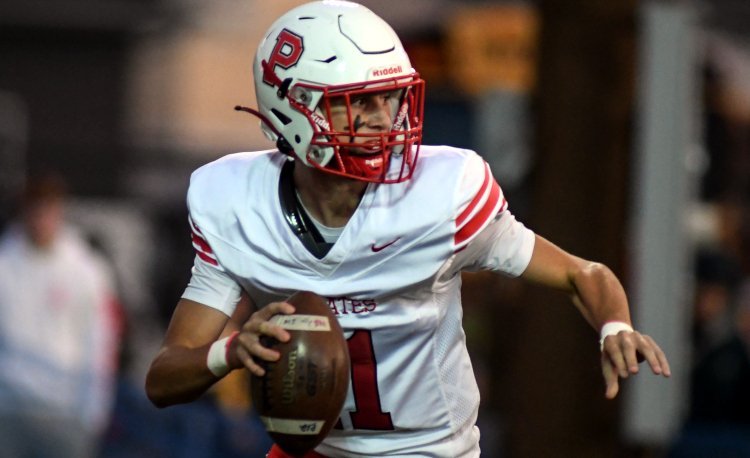 Cuyahoga Heights, Kirtland, and Perry all won their games on Friday night and advanced in the OHSAA postseason tournament.

The Red Wolves held off host Valley Christian, 10-6, in a Division VI, Region 21 showdown that was supposed to feature two high-powered offenses. Instead, it was each team’s defense that stole the show.

Andy Jakubczak scored on a one-yard touchdown run in the first quarter and Noah Wilson booted a 28-yard field goal in the third.

Trailing 7-0 at the break, Valley Christian converted an onside kick to start the second half. The Eagles then marched 47 yards to pull to within 7-6.

The Red Wolves responded with Wilson’s field goal and then turned to their defense to seal the win.

Sixth-seeded Heights (9-2) advanced to play No. 2 Mogadore (10-0) on Saturday at a location to be determined.

Tommy Gogolin and Gino Blasini combined to run for 236 yards on just seven carries with three touchdowns. Gogolin led the team with 124 yards and two scores on just four carries while Blasini ran three times for 112 yards and a touchdown.

Brayden Richards led the Pirates on the ground with 168 yards on 12 carries with two touchdown runs and he also hauled in a seven-yard touchdown pass. Jayden Studio added 57 yards and a touchdown and Owen McKoon ran for 52 yards, which included an 18-yard touchdown. Walter Moses completed 9-of-15 passes for 147 yards and a score.

Geneva and Lutheran West both saw their postseason runs come to an end on Friday.

Hayden Diemer scored on a 29-yard run to get the Eagles on the scoreboard but Chardon’s defense limited Geneva to just 106 total yards on the night.

Geneva closed out the season with an 8-4 record.

Jalany Theodore scored on a five-yard run and Bryce Groppe added a 31-yard field goal to send the Longhorns into the break with a 10-point lead.

After coming up inches short on a fourth-down play near midfield on its first possession of the second half, Lutheran West turned the ball over on downs and Holy Name went on to score on three straight possessions to seal its win.

Holy Name accumulated 230 yards while the Longhorns managed just 157, with just 25 in the second half.