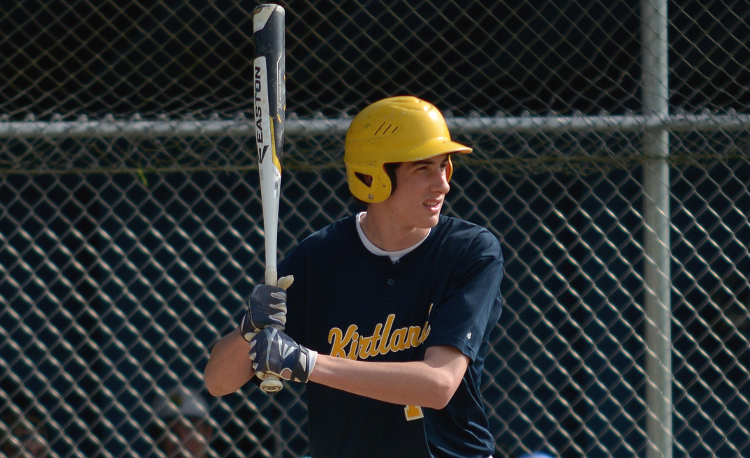 Through two games, Kirtland coach Luke Smrdel couldn’t have asked for more out of his starting pitchers.

Andrew Spencer opened the season on Monday with 5 1/3 strong innings at Riverside before the host Beavers scored six runs off the Hornets’ bullpen and on Wednesday, Mason Sullivan threw well in a complete game loss to Benedictine.

“Sophomore Andrew Spencer made his first varsity start and threw 5 1/3 solid innings for us, allowing only one hit and striking out 6,” Smrdel said. “Spencer exited with the game tied 1-1 with one out in the bottom of the sixth inning and our bullpen wasn’t able to get the job done. I’m very excited to see how well Andrew pitched in his first start. He had great command, worked out of a lot of tough situations and gave us a chance to win.”

Sullivan was equally impressive in his outing but the Hornets came up short against Benedictine on Wednesday, 4-3.

“His performance was great,” Smrdel said of Sullivan. “He commanded the zone and did a great job getting ahead of batters. His competitive side came out and he pitched awesome.”

Seann McGill and Jayme Torok both had two hits in the loss to Riverside.

“Seann hit the ball great and made some great defensive plays for us as well,” Smrdel said.

Sullivan and Joey Torok did most of the damage for the Hornets in the loss to Benedictine.

Sullivan doubled and Torok was 2-for-3 with two RBI and a double.

“The first one was an inside single that was hit to the second baseman, which is normal for Joey,” Smrdel said of Torok’s two hits. “His speed paid off on the first one. The second one he hit down the right-field line. He got a double and got tagged out trying to turn it into a triple. It was a bang-bang play.”

Despite dropping their first two games, the Hornets have had two starting pitchers step up and turn in strong performances, the defense has played well and the team has hit in clutch situations.

“Our defense has been really sound through the first two games,” Smrdel said. “I’m really happy with that.”