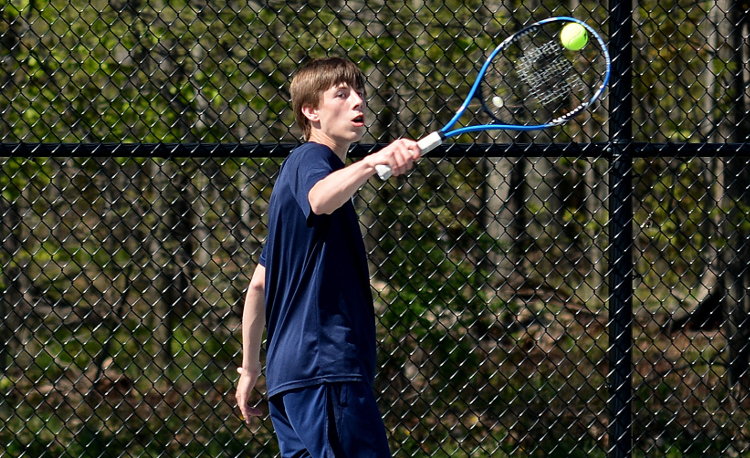 Kirtland’s tennis team opened the season with an exciting 3-2 win at Mentor on Thursday.

The Hornets swept the singles competition but came up short in both doubles matches.

“It was a great way to start the season,” Kirtland coach Bob Lasecki said. “Kyle (Lutz) and Justin (Aranavage) did awesome with straight-set wins. Lauren (Lutz) and Nate (Cardon) and Lauren (Namciu) and Aaron (Schulz) gained a lot of experience in their losses.”

“Nisha was a star,” Lasecki said. “After winning 6-1 in the first, she dropped the second and they went back and forth for the entire third set. She was down three match points in the tiebreaker and came back to win it and seal it for the Hornets.

Lutz and Cardon dropped their first doubles match to Mike Nicoletti and Denny Migro, 6-7, 4-6, and Namciu and Schulz fell to Aiden Hahn and Nick Pirs, 1-6, 3-6 in second doubles.

“This was big for our confidence, especially being so early in the year,” Lasecki said. “We have a lot of kids who came out for tennis, well over 30, all wanting to learn and improve. When coach Harvey and I took over last year, we wanted to get as many kids as we could to learn the game. Getting a win like this a big building block for us. Our kids have worked hard in the preseason and love to play. It showed today.”

The Hornets open Chagrin Valley Conference play on Monday when they host Perry.