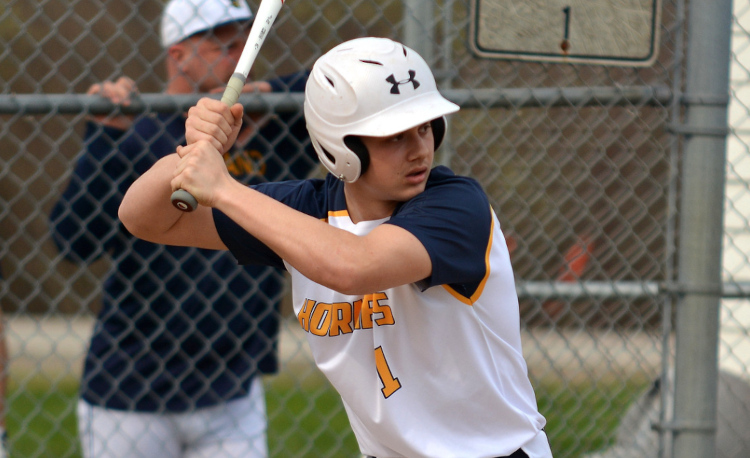 This year, the Hornets have added another dimension.

“We do have some power this year, which is something that’s kind of new for us,” said Kirtland coach Luke Smrdel. “We have some potential to be a power-hitting team this year.”

Senior Mason Sullivan returns after leading the team with three home runs in 2019. He’s bigger and stronger this year and several others also have flexed their muscles during the preseason.

Juniors Pierce Boyd, Adam Knaak, Gage Sullivan, and Jonathan Withrow have been pounding the ball during Kirtland’s scrimmages and batting practice. Even senior shortstop Reese VanArnhem has added some pop to his bat. He batted .333 with just two extra base hits as a sophomore.

“Mason had a couple of home runs back in 2019 and Withrow, Adam Knaak, Gage, Boyd, all of these guys have the ability to hit the ball out of the park,” Smrdel said. “The first day of intrasquad, Reese VanArnhem put one out of the park. We have some decent pop and that’s something we’re not used to.”

As usual, Kirtland’s pitching staff will be among the best in the Chagrin Valley Conference Valley Division.

The two combined to strike out 79 hitters in 99 innings.

“Pitching is definitely one of our strengths this year,” Smrdel said. “We have our top three back and we have some good guys coming out of the bullpen too, but if our starters can consistently throw strikes they should make it through games and we should be alright on the mound.”

Kirtland’s defensive lineup is still a work in progress.

Knaak, Macguire Boyd, and Luke Chuco will see time behind the dish, and Gage Sullivan and Withrow will platoon at first base.

Chuco also can play second with Tommy Gogolin and Kelly Faber and Mason Sullivan, Pierce Boyd, and Timmy Lowery are competing for the starting role at third base.

VanArnhem is the only infielder locked in as he’ll move from second base to shortstop.

“He’s a very good middle infielder,” Smrdel said. “We’re going to move him over and he’s doing a great job so far.”

The Hornet outfield also is interchangeable with Anthony DeMarco projected to start in left, Danny Davidson in center, and Mason Rus in right. Victor Alfieri and Gage Sullivan should see some time out there as well.

Despite missing the 2020 season, the Hornets are settling in with new names and faces in the lineup.

Mother Nature helped speed up the development this spring.

“We’ve been fortunate this spring to get outside,” Smrdel said. “We’ve scrimmage a couple of times and we were able to intrasquad quite a bit, so we have a pretty good gauge of who is going to be in what role to start the season. Lucky for us, we’ve had a good spring to get us back on track for what we missed last year. Instead of being in a gym, we’re outside and we got to see them play.”