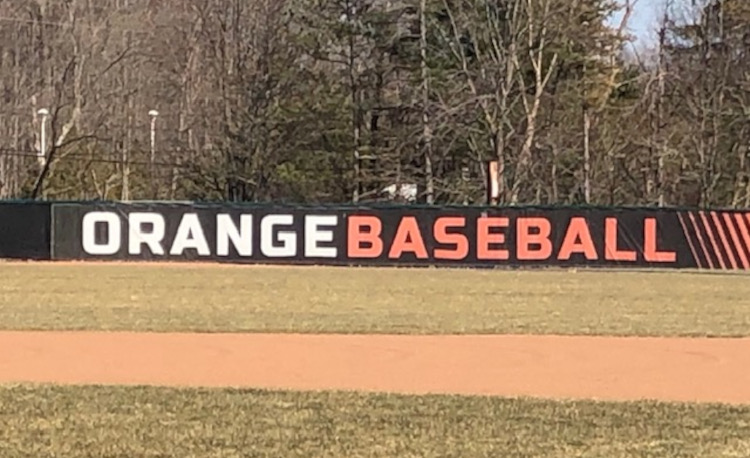 Back in 2019, the Orange baseball team got a taste of success and was eager to carry that momentum into the 2020 season.

Obviously, that didn’t work out and now the Lions return just two starters from that 15-10 season, but they are just as eager to get started this spring as they were a year ago.

“The class of 2019 really helped change the expectations of the baseball program at Orange,” said Orange coach Fred Zupancic. “The 2020 class was poised to have a big year and raise the bar another level. The returning players understand and saw firsthand what it takes to succeed in the (Chagrin Valley Conference). We return two starters from 2019 and are short on varsity experience. What we do have are some players who are hungry to get back on the dirt and play some ball. We are going to work on the fundamentals, playing with intent and purpose this spring getting better every day and focusing on playing our best ball in May.”

Zupancic is no different than any other coach in the area.

He lost a year of player development and now he’s challenged with putting together a starting lineup and a varsity roster with limited data.

“Like most clubs, we are inexperienced and we won’t use that as an excuse,” he said. “We are going to have some growing pains early on; it’s expected. It comes back to doing your job, having a plan, playing with intent and purpose pitch by pitch. We don’t have much more than 10-15 innings of varsity pitching experience, so we are going to be learning on the fly what it takes to pitch at this level.”

Despite the limitations, Zupancic and pitching coach Matt Murphy worked hard to prepare their players for the start of the season.

“Our pitching coach, Matt Murphy, has introduced more competition in our pens than in previous years to get the pitchers up to game speed faster,” Zupancic said. “We have a couple of arms that we are going to be able to count on early as we wait for some others to gain experience.”

Defensively, the Lions are solid and Zupancic will rely on his pitchers and defense to set the tone early in the season.

“These guys can get after it,” he said. “Our fielders are going to be asked to carry the load for the team until we get our feet under us offensively.”

The Lions will start three seniors and have a fourth that will rotate in at designated hitter.

Danny Moore will catch, Caleb Theis will play center field and Tyler Hoffman is slotted in right. Tyler Spitz will split at bats at DH with juniors Noah Bromberg and Chaz Proles.

“Caleb Theis is a three-year starter and will make the move to centerfield this year. Caleb is fast, can cover some ground, and has an above-average arm,” Zupancic said. “Tyler Hoffman will play corner outfield for us and bat in the top of the order. He is fast and can make all the throws. Danny Moore will handle the catching duties. He is a good receiver and he provides leadership on defense.”

Senior Jake Askari will provide the Lions with depth at first base and in the outfield.

Junior shortstop John Boyle will team up with freshman second baseman Chris Utech up the middle.

“Our middle infielders John Boyle and Chris Utech have great hands, quick releases, and have the potential to become an exceptionally good double-play combo,” Zupancic said.

Fellinger will play first, Moss is at third, and Abramson will shag balls from left field.

Zupancic is confident his team has the potential to compete this spring in the Chagrin Valley Conference and beyond if the Lions stay focused and play hard each day.

“We need to get outside and play some games, stay focused, stay healthy, and not get worried about early-season struggles,” he said. “In the end, we need to stick to our plan and trust that we will continue to improve over the course of the year. We will be challenged with our schedule. It will require the players and coaches to work at a higher level, but it should get us ready for the postseason.”