Kirtland bounced back from Monday’s non-conference loss to Lutheran West with a 3-0 win at league rival Cardinal on Tuesday.

The Hornets led 1-0 late in the game when they added a pair of late goals to finish off the Huskies. 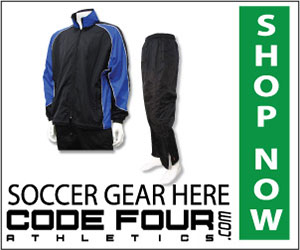 “To us, it’s very important winning a close game like this,” said Joey Zovko, who scored his sixth goal of the season in the win. “We knew after (Monday) that we had to come into the game with a mindset of making a statement of who we are as a team and it felt great to be able to end the week with a win after playing back-to-back games.”

“I was being marked pretty tightly in the box off the corner but I made my way around the defender, allowing me to open myself up and get ahead on the ball placing it well enough to go in,” Zovko said.

Josip Mijic-Barisic and Jeremy Lunka added goals in the final 10 minutes to close out the scoring.

“We weren’t very satisfied being up only 1-0 that late in the game and I think it made us hungry for more,” Zovko said. “It was very key for us to get as many as we could to seal the win. The second goal coming for Jeremy Lunka truly just brought our momentum up higher than it was and we did not want to stop, allowing Josip to place a very nice goal off of a great ball by Kyle Work.”

Ethan Garcia and Bartul Petric also had assists in the win and Tyler Banyasz had one save in picking up his second clean sheet of the season.

Cardinal played well for 70 minutes before allowing the late scores.

“We misplayed a ball to go down 2-0 and then gave up a cheap one running on fumes,” said Cardinal coach Mike Topalian. “Kirtland is very poised and skilled with great speed. Our defense played well for 70 minutes. For the most part we held ground, contained and pushed it out. I like how physical we were all over the field. We were down to a couple subs on a hot day but these guys never quit. Congrats to Kirtland, they’ll be tough in the playoffs as always.”

The Hornets host Berkshire on Oct. 2 while the Huskies host VASJ on Thursday.