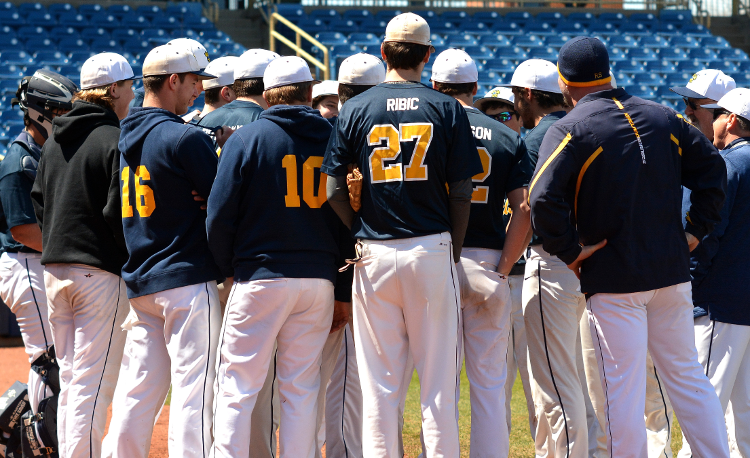 Kirtland held off host Cuyahoga Heights, 4-3, in a key matchup between the top two teams in the Chagrin Valley Conference Valley Division.

With the win, the Hornets improved to 11-4 overall and 10-1 in the Valley Division. Cuyahoga Heights dropped to 14-2, 7-1 and now must win at Kirtland on Friday to keep alive its hopes of winning the league title

“That was a very big win to go on the road to a tough place to play against a very good team,” Kirtland coach Luke Smrdel said. “To come out of there now gives us home field advantage and now we just have to defend our home turf.”

The Hornets took a 1-0 lead in the top of the first when Joey Mongelluzzi drew a one-out walk, stole second and move to third on Seann McGill’s single. Mongelluzzi scored on Mike Alfieri’s groundout.

Kirtland added a pair of runs in the top of the fifth to push its lead to 3-0.

Mongelluzzi and McGill drew back-to-back two-out walks and Alfieri singled to score one run. McGill then scored on an error.

The Redskins responded with a pair of runs in the bottom half of the inning off Kirtland starter Mason Sullivan, who until that point had allowed just two baserunners through the first four innings.

Jake Lasky started the Redskin rally with a single and Ryan Rose doubled him home to cut Kirtland’s lead to 3-1. Rose moved to third on a groundout and scored on an error.

Vinny Liuzzo drew a walk to leadoff the Kirtland sixth. Liuzzo then stole second and scored on Torok’s two-out single.

Despite being outhit, 6-4, the Hornets picked up the crucial hits they needed.

“We got outhit but we had clutch hits,” Smrdel said. “Mike Alfieri stepped up with two outs and knocked in a run and Joey Torok had the biggest hit of the game. He came up in the sixth with two outs and a runner at third and he hits a line drive up the middle to get us an insurance run and that definitely paid off because we won by one.”

Nolan Borowy was hit by a pitch and scored on an Alex Studniarz single in the bottom of the seventh but Sullivan pitched out of the jam to secure the Kirtland win.