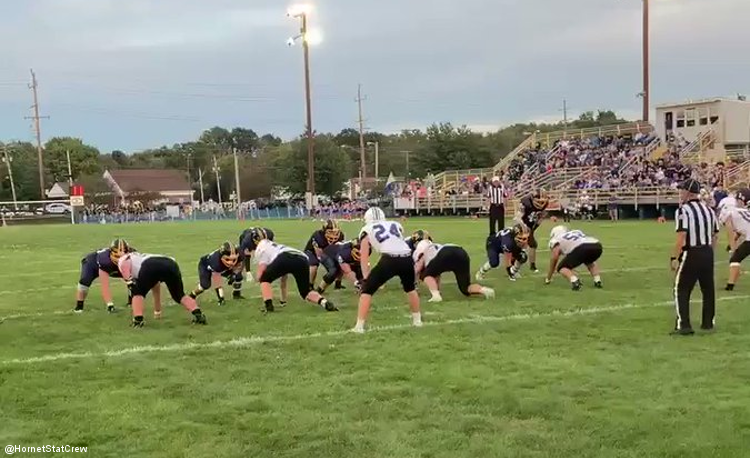 Kirtland ran for 268 yards and limited the visiting Lakeview offense to just 63 yards of offense in a 35-0 season-opening win on Friday.

“It feels amazing getting off to this kind of start,” said Kirtland senior Luke Gardner, who ran for 78 yards on five carries and scored a touchdown. “It gives us a lot of confidence going into next week.”

Kirtland did all of its damage in the first half.

Gardner opened the scoring with a 52-yard touchdown run with 9:30 left in the opening quarter. Nico Podojil-Schlesinger converted the extra point and went on to finish the night 5-for-5.

“The only reason I scored that touchdown was because of the boys up front,” Gardner said. “They opened up a great hole, then I just did my thing.”

Gardner added a second touchdown early in the second quarter when he hauled in a 27-yard pass from Liam Powers for a 14-0 lead.

One minute later, Mason Sullivan increased the lead to 21-0 with a four-yard touchdown run. Anthony DeMarco scored on a one-yard touchdown and Sullivan closed out the scoring when he hurdled a Lakeview defender at the goal line to finish off a four-yard scoring run.

“The O-line did an incredible job tonight,” Gardner said. “They played their butts off. The holes they made allowed me to do my thing. I don’t think they get enough credit for what they do.”

Joey Grazia and DeMarco both picked off passes for the Hornets, who travel to Riverside in Week 2.