Huskies attack the gaps in win over Grand Valley 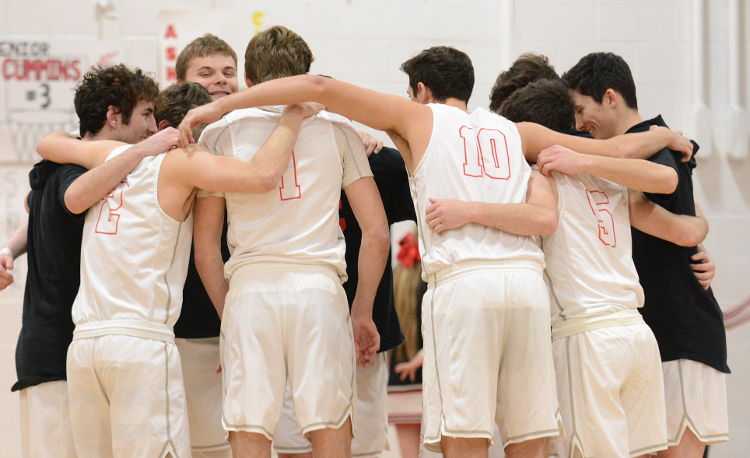 Robbie Bruncak led the charge with 22 points while Matt Carney and Brice Hogue also scored in double figures with 18 and 12 points, respectively.

“We did some nice things in the first half, especially,” Cardinal coach Jon Cummins said. “Bruncak was able to hit a couple of 3s to get us going in the first quarter and Brice was attacking the gaps in the zones and getting to the basket. That gave us some opportunities. He only had two free throws in the first quarter but he attacked a lot and they got a few fouls. He did a nice job.”

“We played pretty well as a team,” Cummins said. “We kept mixing up the defense on them. Overall, we played pretty good and played a really good second half.”

Hogue was especially successful in cutting to the basket and drawing fouls.

When the shot wasn’t there, he kicked the ball out to Bruncak, who finished 3-of-8 from behind the 3-point line.

“We do a lot of shooting drills in practice that are game-like shots to get us prepared,” Bruncak said. “Coach Cummins helps us get better every day and to be able to have the confidence to knock down those kinds of shots. For us seniors, we don’t have much time. We are trying to make the best out of it in these final games and it’s a blessing to be a part of such a great team.”

Casey Horner added six points for the Huskies but his greatest contribution came in setting up the offense and keeping the intensity up on the other end.

“He did a nice job of controlling the offense and pushing the pace,” Cummins said. “He did a good job defensively too to keep us on the same page. It was an overall good team win. We’ll take that into the next game on Tuesday and come tournament time.”

Cardinal improved to 9-12 overall and will close out the regular season at home on Tuesday against Lakeside.