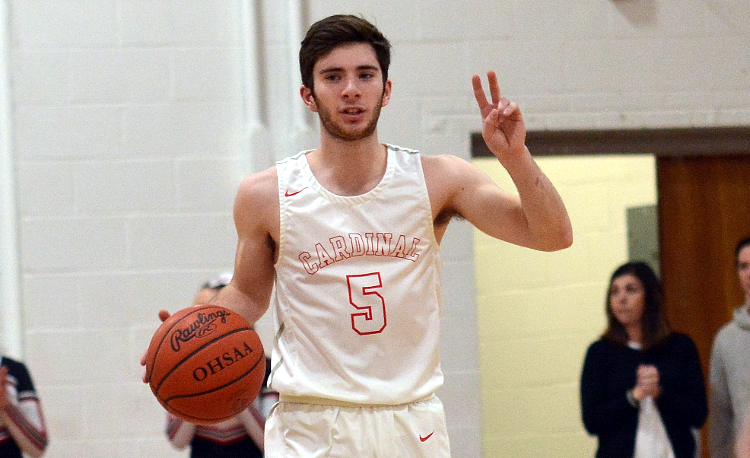 Cardinal has a new coach and just one returning starter but the young Huskies are ready for their opportunities.

“The season will be exciting,” first-year Cardinal coach James Heath said. “We have some hungry and competitive guys who have been waiting for their shot and some underclassmen that are going to be in the mix as well. The development and play of our underclassmen will probably dictate how we finish.”

Despite its lack of experience, Cardinal does have plenty of versatility.

“I think that our ability to mix and match lineups allows us to adapt to whatever we might see from an opponent,” Heath said. “I also think that we have done a great job of identifying a personality and an identity. As a first-year head coach, it was important to me that we had an identity and we were focused on hard work and being relentless competitors.”

Heath’s biggest challenge in the preseason has been preparing his young squad for varsity competition.

While he expects some bumps in the road, he has been encouraged by the effort and intensity the Huskies have shown.

“Inexperience is a tough obstacle to overcome, but I like how we have been able to identify strengths and weaknesses of our players, build our offense and defense around those areas and so far in practice, our kids have responded well to what we are asking them to do,” he said. “It’s different for them and for me as well. The best way for us to overcome the challenges that are ahead is that we need to be patient with each other. We all want to experience success, but that takes time and hard work, which has been our mantra from day one.”

“Casey is our leader and our floor general,” Heath said. “From day one, he understood what I wanted to bring to Cardinal. It was important to have him buy-in and feel comfortable leading our offense and defense on the floor.”

Seniors Robbie Granny, a center, Justin Detweiler, a wing, Hunter Schaeffer, a guard, and junior Joe Soltis, a post, round out the projected starting lineup.

“Robbie gives our offense a big post presence. He is another senior who we expect to have a big year. His size and skill set are something that we believe will be problematic for other teams,” Heath said. “Few players worked harder and invested more time than Justin. He is a guy who has been waiting for this time to come and he is ready to seize his opportunity. His skill set is a great fit for the style of play that I envisioned us implementing this season. Hunter and Justin had some friendly competition this summer to get better and prepare for the season. Hunter has a real sense of urgency this summer and he put a lot of time into understanding what we needed from him on offense and defense. Joe is a grinder. What he doesn’t have in athletic ability, he makes up for in work ethic. He is a kid that will just beat you by outworking you. His experience as a quarterback also shows because he has an eye for details. He wants to know the little things.”

“We have set some attainable goals and expectations for ourselves,” Heath said. “We expect our team to compete and give relentless effort. We kept our goals simple and it really came down to everyone committing to a mantra that every night our goal is 1-0. We don’t have the experience to look too far beyond the game in front of us.”

Heath plans to dictate the tempo this season with an emphasis on playing defense.

“Our average margin of defeat last season was 12 points,” he said. “If we play great defense, score in transition and control the pace of the game, I feel like we will put ourselves in a position to win basketball games.”