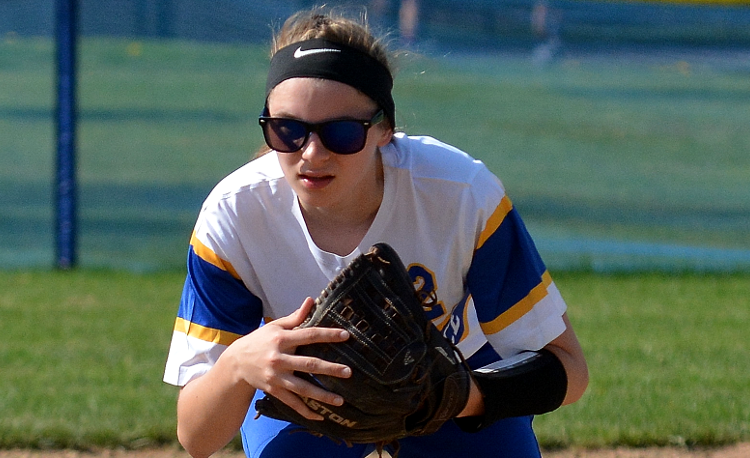 “It’s incredibly exciting, especially with beating our rival,” Independence senior Jenna Suhy said. “It’s amazing how far this team has come and how much we truly have each other’s backs.”

The Blue Devils honored four seniors prior to the game including Suhy, Sarah Piteo, Olivia Pallini and Hayley Biondi.

“The seniors have all been extremely dedicated to our program and not only want the team to succeed now but also in the future,” Suhy said. “It’s super rewarding to see all the hard work from the past four years pay off.”

Independence improved to 13-3 overall and 9-0 in league play.

Clinching the league title with a win against the archrival Redskins only sweetened the reward.

“We were super excited to play our rival for senior night,” Biondi said. “It was amazing to clinch the league title and get a nice win.”

Biondi recorded a hit and knocked in two runs for the Blue Devils.

“I was so excited to help out my team with my hit tonight,” she said. “I wanted to put the ball in play and get some more runs up on the board. It was a great feeling hearing my team cheer for me on senior night after my 2 RBI.”

The top-seeded Blue Devils open postseason play on Thursday when they host No. 8 Beachwood.

“As a team, we are locked in and we are ready for playoffs,” Biondi said. “The seniors are ready to lead the team for what’s to come.”