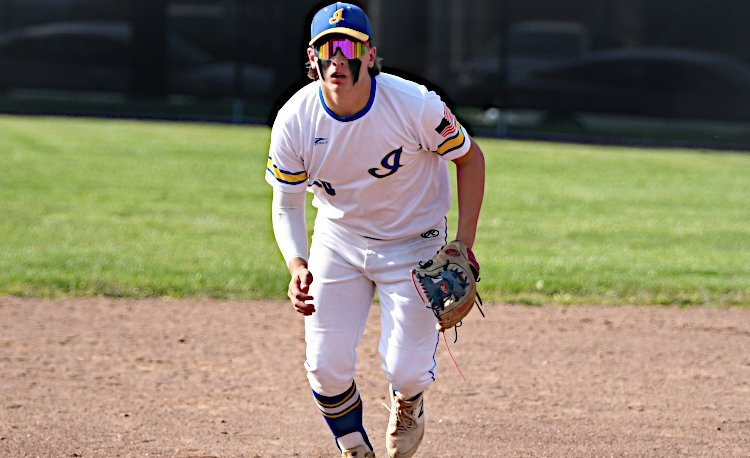 The Blue Devils have the pieces in place to achieve their goals as seven starters return from that championship run.

“We return a majority of our lineup this spring,” said Independence coach Jim Crooks. “As a team, we’re focused on one thing: growth. Interpersonal growth, skill growth, attitudinal growth, team growth. There’s no time to keep a fixed mindset in this conference. Teams are too competitive and too well-coached. We must grow every day, or suffer the consequences. Fortunately, during the preseason, our team has bought into the growth mindset, and we believe there’s more for this team to do in 2022.”

Independence finished 15-6 overall and 10-2 in league play last season. The Blue Devils finished 1-1 in the postseason.

The expectations are through the roof this spring.

“Expectations for the Independence Blue Devils baseball team are high,” Crooks said. “We’re dedicated to daily growth, and that, compounding over the course of the season, is what will motivate our efforts in 2022.”

Those expectations likely were determined based on what the team returns from last season.

Lerz and McGhee are the team’s top pitchers and will play third base and second base, respectively, when not on the hill.

“They lead by example,” Crooks said. “They expect growth from themselves every day and demand it from their peers.”

Lerz, the Metro Division MVP and a Heidelberg recruit, was 3-0 with 52 strikeouts in 34 innings of work last spring. He also batted .447.

“Ashton Lerz would put on a gasoline suit and walk through fire to play the game of baseball,” Crooks said. “He brings a youthful zeal to his role as team leader, mentors the young players in the program, and can flat-out pitch and field the ball. He’ll continue his playing career at Heidelberg University next year, but not before making the most of his senior season in the conference.”

“Casey McGhee is the team’s bulldog,” Crooks said. “When the game was on the line in last year’s toughest situations in a highly competitive conference, Casey wanted the ball, and he delivered. He’ll play football next year at Northern Iowa, and thus brings a next-level approach to his leadership role on this team. When the game is on the line, Casey McGhee is a guy any team wants at the plate, on the mound, or in the field.”

“Mike is a joy to watch play the game,” Crooks said. “He has graceful speed, a strong arm, and hits for power and average at the plate.”

“Rory brings a rugged athleticism to the Blue Devils baseball team that combines a growth-oriented mindset, a sheer passion to play the game, and explosiveness in his output,” Crooks said. “We’ll expect him to continue putting up big numbers for the Blue Devils this spring.”

Junior Luke Pascarella is back in left field and junior Max Tarnowski and freshmen Dominic Narduzzi and Sam Crooks will provide the Blue Devils with depth.

“Max Tarnowski will continue playing the vital role of utility infielder along with newcomer Sam Crooks, who will platoon in the infield as well,” Coach Crooks said. “Freshman Dominic Narduzzi brings a great bat for a newcomer and will help assist behind the plate.”

Lerz, McGhee, Beacher, Andryszczyk, and Jolliffe will throw most of the innings for the Blue Devils this season.

“If we trust one another, grow our respective character as young men, expect obstacles to emerge and then be willing to overcome them, and remain steadfast during the daily grind of the practice, preseason, and conference calendar, we will experience success,” Crooks said. “Thus, far, the coaches are excited.”