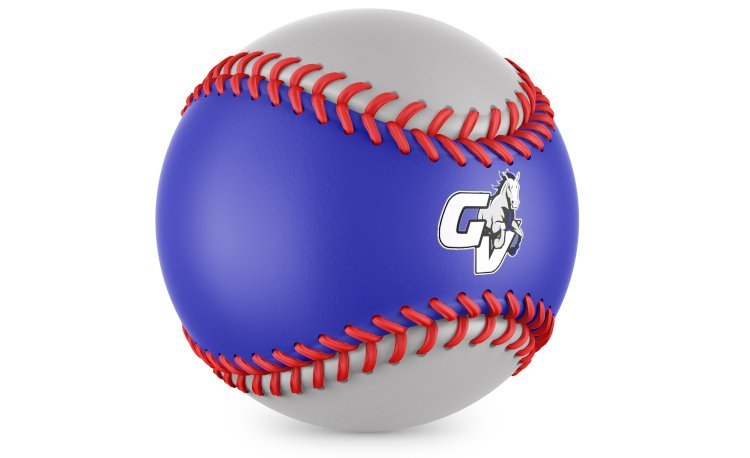 The Mustangs return seven starters from last year’s team that finished 15-11 overall and 7-5 in league play.

“I believe that our varsity squad should be a competitor to win the Valley Division of the CVC,” said Grand Valley coach Matthew Brumit. “There are many great teams on our side, so I do see a lot of close games occurring. We have depth and experience at all positions as well as a lot of depth on the mound.”

Brumit will lean on that experience and pitching depth, especially early in the season, to set the tone for the younger players who will step in and contribute this spring.

“We have seven returning players from last year as well as three key additions to the squad. The new additions are athletic and love playing baseball,” Brumit said. “We have six guys that can throw strikes and have quality secondary pitches as well.”

While the weather hasn’t allowed the Mustangs to spend much time out on the dirt, Brumit knows there could be some growing pains early in the season.

But, he’s also confident his players are doing what they need to do in order to best prepare for the season and he’s confident his squad has the versatility and consistency at the plate to overcome.

“We have a handful of players that can efficiently play multiple positions,” Brumit said. “We have guys that have had many varsity at-bats in their careers so they know what to expect and have continued to develop a quality approach at the plate.”

Brumit is eager to see his veteran pitching staff in action.

Senior Dane Sparks, a Muskingum College recruit, has one of the top arms on the team. He’ll play center field when he isn’t pitching.

“Dane Sparks will be one of our top pitchers,” Brumit said. “He is also someone who can play different positions. He will serve as a middle-of-the-lineup guy and will drive in runs and can steal bases as well.”

“Hagan Hejduk is a fierce competitor who has a love and passion for baseball,” Brumit said. “He is a multifaceted player and can play many positions if we need him to.”

Senior D.J. Webb will pitch and play first base.

“D.J. is coming off of an arm injury but will be a huge plus both on the mound and in the batter’s box,” Brumit said. “D.J. led the team in doubles last year and will continue to drive the baseball this year.”

Boiarski and Ellsworth are two underclassmen who will make an immediate impact for the Mustangs this spring.

“Nathan Boiarski will see time in the outfield and serve as another utility player for us. He is fast and athletic and has prior experience in summer baseball,” Brumit said. “Eric Ellsworth will also be making his varsity debut. Eric brings strength to the lineup and will play the outfield as well as the corner infield positions. Eric has power and is a solid defensive player.”

“Zach is the rock of our team,” Brumit said. “He does the managing of the game behind the plate. He caught every game last year and will do the same this year. Zach has developed a plus arm and has come to understand pitch calling and knowing his pitchers. We are lucky to have Zach.”

Senior Matt Wengerd will start at second base, Turner will play third, and Seger will DH.

“In order for our team to be successful, we need to be consistent each game and have a good start to the season,” Brumit said. “We all need to do our jobs each game and overcome any mistakes with our playing experience.”