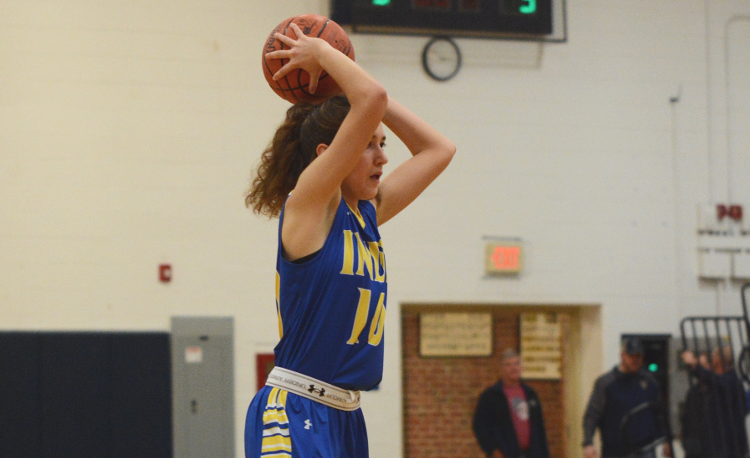 Erica Esper scored a game-high 14 points to lead Independence to a 56-28 win over visiting Berkshire on Wednesday.

With the win, the Blue Devils improved to 9-2 overall and 5-0 in the Chagrin Valley Conference Valley Division.

“Berkshire really came out with some good energy,” Independence coach Mike Marcinko said. “I think we kind of slept walk through the first part of the game but we got it together. We talked about not looking ahead or looking behind and I don’t know if we did or didn’t but we definitely weren’t quite ourselves. We did enough to take care of business and that’s all you can do.”

Esper drained a pair of 3-pointers and finished 2-for-2 from the free throw line.

Haylee Dmitruk and Madison Stepanik both contributed to the win with eight points and Kaitlin Richards and Riccela DiGeronimo both added seven. Riley Wilson and Anna Weber both finished with five points and Amy Ksiazka scored two.

“We spread it out quite a bit and played a lot of people,” Marcinko said. “They played in short bursts. They weren’t on the floor for extended minutes. We kept shuffling people in and out. We played a hard fought game on the weekend and we have another one coming up so we tried to balance out the minutes and their legs.”

Independence travels to Cuyahoga Heights on Saturday while Berkshire travels to Kinsman Badger on Monday.