Independence has holes to fill 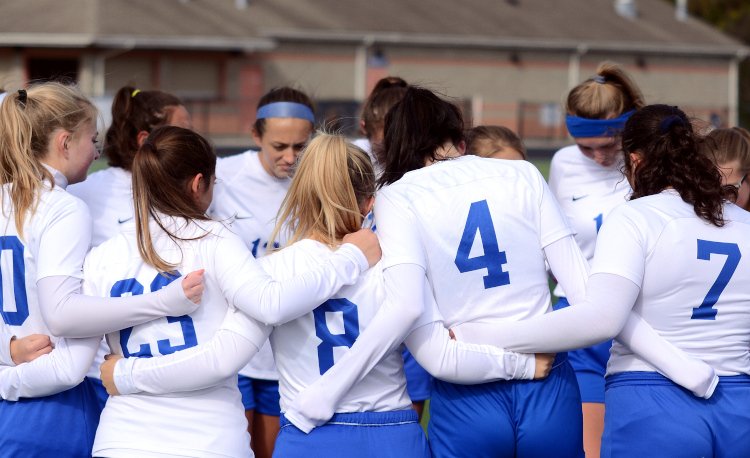 The good news is the Blue Devils have up-and-coming talent to get the job done.

“We only had four seniors, but they were our best defender, best all-around player, fastest player, and best passer,” said 16th-year Independence coach Bryan Less. “We need our sophomore group to mature into a quality group very quickly. We could win around 10 games if our core sophomore group takes steps in the right direction. Right now, I see us at about a .500 level.”

Less has six starters returning, which should help the team quickly settle into the new season.

“Every player needs to do what they do best,” Less said. “Players should not try to fill shoes from the departed seniors and just maximize their own talents. We will make a lot of mistakes this season as we grow as a team, but we need to learn from them.”

“Alex is our best returning player and during track showed an increase in top speed,” Less said. “As a converted defender from her youth, Alex has become an excellent 1v1 offensive player and will need to drive our offense.”

George, a defender, recorded one assist as a junior.

“Sophie went from a midfield sub to a shutdown outside back in one season,” Less said. “Through her hard work and dedication, she has been one of our most improved players every season. Sophie plays smart and is rarely beat in 1v1 situations.”

Nowak, a midfielder, scored 10 goals with five assists and also was recognized as an honorable mention all-Greater Cleveland selection.

“Alana was only my third freshman to get 10 goals and she has All-Ohio talent,” Less said. “She is also the top runner on the cross country team, so she can play all day. Her passing and on-ball skills are at a high level and I can’t wait to see the player she grows into.”

Casey Adams, a defender, scored four goals last season on corner kicks. During the spring, she placed eighth in the long jump at the state track meet.

She is an outstanding athlete and should play a key role in locking down the defensive third.

“Casey has a chance to follow in Rachel Belitz’s footsteps and become my next great defender,” Less said. “I have already seen an increase in her practice work rate. She plays the game with tireless intensity and will be called upon this season to make many game-saving plays.”

Senior midfielders Hannah MacRaild and Maria Bellitto are veteran players who will play a key role in the Blue Devils’ success this season.

MacRaild scored three goals last season while Bellitto recorded 82 saves and five shutouts in the net last season. An injury slowed her down during the offseason and Less has to balance her playing time this season.

“Hannah only scores important goals. She is tall and strong and uses her size as an advantage. Hannah is also an accurate, skilled passer,” Less said. “Maria tore her ACL in the offseason and is still coming back from injury. I will probably play her in the field, but she may also see some time in the net. As a player, she has great foot skills and touch and can pass the ball on a dime.”

Westerburg scored one goal and added an assist last season.

“Addie will also play defender and she has really worked hard this offseason to improve her fitness. She has great size, and if she begins to use her strength to knock people off the ball, she will be a player to reckon with,” Less said. “Jessica is one of the hardest workers on the team and has really improved her fitness this season. Jess always plays with intensity but her increased soccer IQ will help her become a quality player.”

Sophomore Makenna Rini scored one goal last season as a freshman but it was a big one as it came in a game against Division III state champion Kirtland. She also added an assist.

“Makenna’s only goal came in her first game last season and she should use that knowledge to build a successful season,” Less said. “Her lack of confidence can hold her back but her skill is so high that she has learned to use her off foot in less than a year of hard work.”

Sophomore Keely Sears is expected to guard the net this season. She recorded five saves in just one start last season, her first on the pitch.

“Keely is an outstanding athlete and only began playing soccer last season,” Less said. “She has incredible hands and is fearless on breakaways and dives. When she really learns the game, she could become an outstanding keeper.”