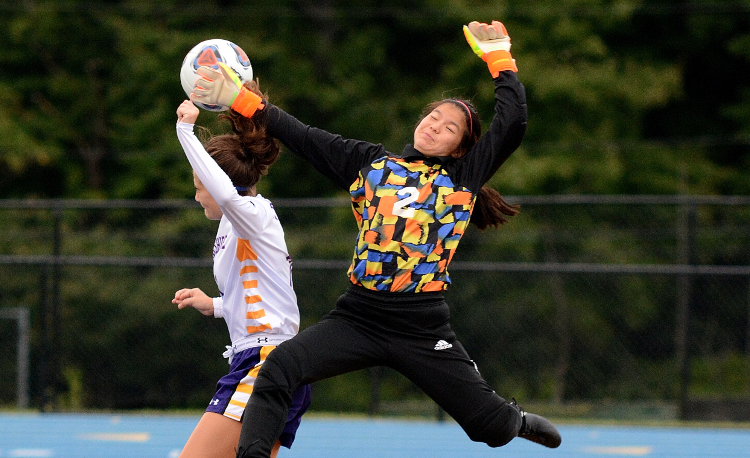 With the win, the Blue Devils improved to 3-1 overall and 2-0 in the Chagrin Valley Conference Metro Division.

“Our first half was filled with unaggressive defense and poor first touches,” Independence coach Bryan Less said. “We completely turned it around and owned the second half.”

Riccela DiGeronimo, Paige Westerburg, Alex Adams and Marisa Silvestro each found the back of the net for the Blue Devils, who also benefitted from an own goal.

Sophie George assisted on a pair of goals and Adams recorded one assist.

“Alex Adams was a difference-maker and put a ton of pressure on their defense,” Less said. “The entire team also picked us up as Molly (Dougherty) got hurt and did not play the final 42 minutes.”

Lutheran West’s goal came in the second minute of the contest.

Laurel Willard received credit for the goal and Kelly Owens recorded seven steals and 13 interceptions for the Longhorns, who dropped to 2-2 overall and 0-2 in the Metro Division.

Independence travels to Riverside on Saturday while Lutheran West will play at Keystone.