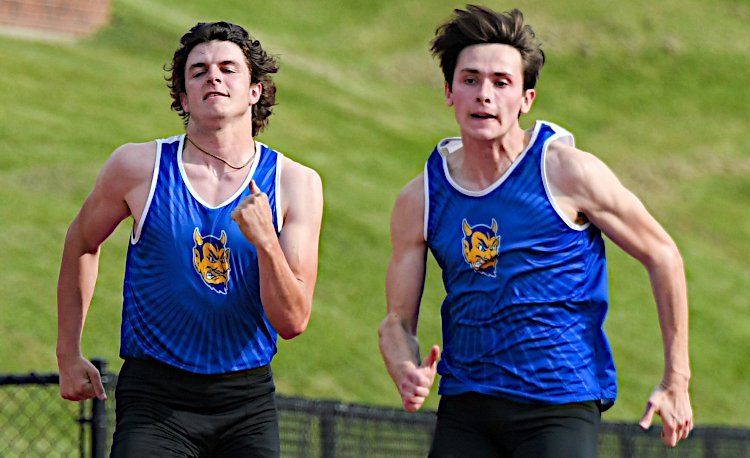 Stralka is headed to Jesse Owens Memorial Stadium in four different events after placing in the open 100 and 200, and two different relays.

He finished as the Division III Massillon Regional runner-up with a time of 11.05 seconds and he was third in the 200 in 22.30.

Stralka teamed up with Kyle Zygmunt, Jack Taliaferro, and Lucas Martinez to win the regional title with a new personal record time of 1:29.00. Stralka, Martinez, Taliaferro, and Deston Boscarelli placed third in the 4×100 with a time of 44.22 seconds.

Zygmunt also advanced to the state meet in the 400-meter dash. He finished fourth in 50.25.

Casey Adams will return to Columbus after she placed fourth in the long jump with a top distance of 16-feet, 5 ¼-inches.

Several other Chagrin Valley Conference athletes finished among the top eight at the Division III regional meet, but only the top four earned a state berth.

Rutkowski won the regional title in the high jump on Wednesday’s first day of regional action and will compete at the state meet. Cuyahoga Heights’ Jack Klamert also qualified for state in the pole vault.

Geneva’s Connor Boland placed fourth in the 400-meter dash in the Division I regional at Austintown Fitch. He finished that race in 48.79 seconds and will compete at the state meet next weekend.

West Geauga’s Matthew Dienes finished eighth in the 1600 at Austintown. He ran that race in 4:24.26.