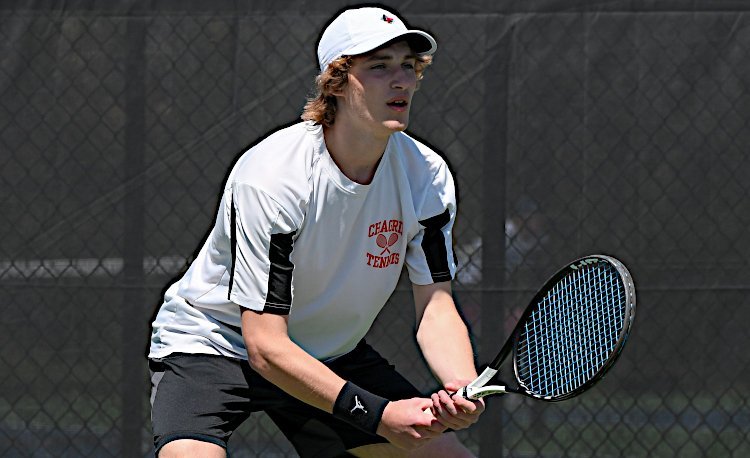 The Chagrin Valley Conference was well represented on the first day of the OHSAA Division II State Tennis Championships at the Lindner Family Tennis Center in Mason.

Three of the four singles players who advanced to the state semifinals and two of the four doubles teams remaining in the hunt for a state title represent the league.

Chagrin Falls senior Andrew Zimcosky, a two-time state champion, cruised into the semifinals with a 6-0, 6-0 win in the first round and a 6-2, 6-3 win in the quarterfinals.

The winner of that match will play for a state title against the winner of the match between Orange’s Ben Pomeranets and Legacy Christian’s Tucker Culpepper.

Pomeranets, a junior who finished second to Zimcosky at state last spring, dominated in his first two matches. He opened the tournament with a 6-0, 6-0 win and then won in the quarterfinals, 6-0, 6-1.

Orange will send at least one doubles team into the state championship match as senior Jake Goldstein and sophomore Gabi Kalir teamed up to advance to the semifinals with a 6-1, 7-6 win in the first round and a 6-2, 7-6 victory in the quarterfinals.