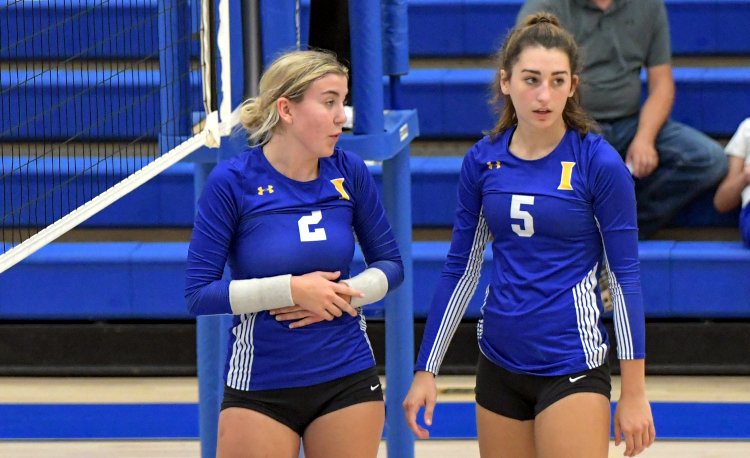 The Chagrin Valley Conference Metro Division title was on the line on Tuesday when Lutheran West visited Independence.

Independence entered the match 9-0 in league play while the visiting Longhorns were 8-1 and needed a win to share the conference title.

The Blue Devils wasted little time in setting the tone for the match by winning the first set, 25-9. Lutheran West rallied to make it interesting in the final two sets but Independence won 25-21 and 25-19 to win the match, 3-0.

“It’s a great accomplishment to get the league title,” said Independence senior Callie Prokopius, who has been a part of four straight league championship teams. “We work hard during our conference games to get this and the whole team contributes to it.”

“We played well today,” Prokopius said. “We could’ve played better but we got through this game and took it point by point.”

Independence improved to 20-0 overall and finished league play with a 10-0 record. The Blue Devils travel to Crestwood on Wednesday and then close out the regular season at Wadsworth on Saturday.

After that, they’ll turn their attention to the postseason with an eye on another trip to the state Final Four.

“We have been working all season towards the postseason and we are ready and hungry,” Prokopius said. “We have some unfinished business to complete. We are going to have to work hard and work as a team. I believe in us and I can’t wait to see what we accomplish during this postseason.”

Lutheran West closed out the regular season at 14-8 and 8-2 in league play.