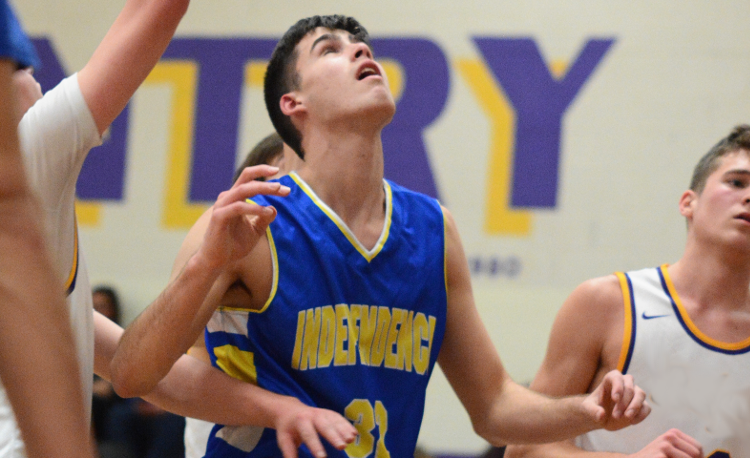 The Independence boys’ basketball team doesn’t have an official slogan but if it did it likely would read, “If you want to win, get the ball to Flynn.”

Wyatt Flynn scored 27 points to lead the Blue Devils to a 67-54 win over visiting Trinity on Friday.

Flynn scored six points in the first quarter as the Blue Devils and Trojans headed to the second tied 13-3.

Mitrisin took over the second as he scored eight of his nine in the quarter to give the Blue Devils a 30-19 advantage at the break.

“Eric had a couple of big 3s for us at the end of the second quarter that really kind of extended the lead at the end of the half and any time you can have the momentum going into the half, I think that makes a difference coming out in the third,” Johnson said.

Flynn used that momentum to score seven more in the third and he finished with 12 in the fourth quarter to help the Blue Devils hold off the Trojans.

Zygmunt shook off a slow start to finish with 10 points.

“Kyle didn’t play particularly well early on but he’s just a dynamic playmaker,” Johnson said. “He wasn’t shooting well but then he started to find other ways to affect the game. He had a couple of deflections, rebounds, and four or five assists to get us going.”

The win helped the Blue Devils to bounce back from a disappointing season-opening loss on Tuesday.

“We talked about getting that bad taste out of our mouth from on Tuesday,” Johnson said. “I don’t think we played particularly well on Tuesday. We put together two really good solid practices and we were pretty focused. We came out today for the majority of the game and were focused. We had decent energy and executed what we needed to do for the majority of the game. It wasn’t perfect but a win is a win.”

Kirk Colvin scored a team-high 22 points to lead the Trojans while Ian Anderson also scored in double figures with 13.