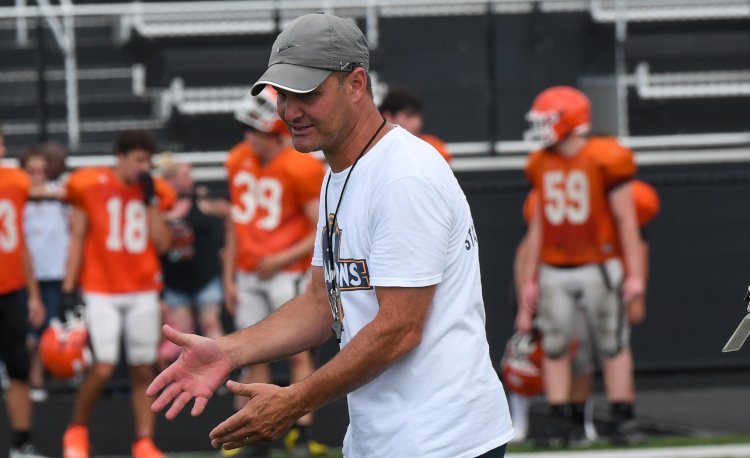 Kirtland’s 34-8 season-opening win at Harvey on Friday wasn’t the biggest of Tiger LaVerde’s career as head coach at the school but it was a milestone victory.

The win was the 200th of his tenure at Kirtland after taking over the program in 2006.

“It means I’m getting old, I’m just a couple of months from 50,” LaVerde said. “That just means I’ve been doing this a while and I’ve been fortunate to have some great assistant coaches who could really, really coach some unbelievable players.”

What LaVerde and his coaching staff have accomplished at Kirtland is nothing short of remarkable.

LaVerde’s winning percentage is the highest in OHSAA history and he became the fastest coach in Ohio to reach the 200-win milestone. He’s also the third fastest coach in US history to hit 200 wins.

The Hornets have lost back-to-back games just three times under LaVerde, but none since Weeks 4 and 5 of the 2009 season.

For LaVerde, the win was extra special considering his sons scored the first two touchdowns of the game.

Freshman Jake LaVerde ripped off a 51-yard touchdown run just a minute and a half into the game and senior Philip LaVerde scored on an eight-yard run eight minutes later to push Kirtland’s lead to 14-0. He also added a second TD run in the second quarter.

“That was pretty cool,” LaVerde said of his sons reaching the end zone, but the guys up front don’t get enough credit,” he said. “We had six different guys rush for over 50 yards and I don’t know that I’ve ever had a game like that. We have a really good group of skill guys and the boys up front just keep getting it done over and over.”

Gino Blasini broke off a 59-yard touchdown run in the second quarter and Macquire Boyd punched one in from two yards out in the third quarter to close out Kirtland’s scoring.

Kirtland hosts Lutheran West, a 34-0 winner over Fairview, in Week 2.